Tips for Playing the Castle Ravenloft Board Game

Home / Board Games / Tips for Playing the Castle Ravenloft Board Game

Ths Castle Ravenloft board game is part of the Dungeons and Dragons series. It’s incredibly popular, plus it can be enjoyed by almost anybody with enough patience. In fact, some DD games can last for several months before anyone is called a winner. So, here’s how to speed up the process without missing out on all the fun.

The Object of the Castle Ravenloft Board Game

Playing Castle Ravenloft is easy once you get the hang of things. The object is to demonstrate heroic bravery and military intelligence through your cards and characters. It’s a game designed for up to 5 unique players and it involves countless scenarios, quests, and gameplay options.

In fact, there’s really no wrong way to play RC by Dungeons and Dragons. The best part about D&D is how easy it is to customize the details of each round. Play cooperatively or fight one another in epic battles because anything goes.

Work as a tribe or watch each other fall. Just be sure to make the decision ahead of time because you can’t change it after that. Meanwhile, transform yourself into a wide variety of in-game personas, including:

Use your character’s special skills to succeed in adventures as they unfold. Explore dungeons underneath the castle’s foundation, fight off terrible monsters, or solve difficult mysteries using your practiced strategies. Because in the end, whoever uncovers the magic treasure wins.

Tips for a Flawless Victory

Keep your eyes peeled for possible enemies. Remember that there’s a flaw in every character, so fortify your team at all costs. Don’t forget about the potential troubles lurking throughout the castle. Things like traps, events, monsters, and evil villains are virtually everywhere.

If you can, try to take notes along the way. Jot down things like character flaws and attributes because trying to remember everything can be overwhelming. The pros suggest creating a special notebook that nobody else is allowed to see, and we agree.

The game can become extremely difficult at times because there are so many factors in play. We suggest downloading and reviewing the official Castle Ravenloft Rule Book for more information and tips. Again, there’s only one wrong way to play this game and that’s to not play it at all.

Interesting Facts About the Castle Ravenloft Board Game

Castle Ravenloft is located in the mythical village of Barovia. It’s the dwelling place of Count Strahd Zarovich, which means its a rank 4 Sinkhole of Evil. At times, however, it can rise up to a rank 5 because of Strahd’s various experiments. Also, Tatyana’s emotional wishes can change things, too. Be sure to keep an eye on both character developments for optimal gameplay.

Learning how to play the Castle Ravenloft board game by Dungeons and Dragons isn’t exactly easy, but it’s fun because you can make it your own. There are a lot of rules to follow and plenty of mishaps to get into as well, so remember the importance of writing things down in a reserved notebook.
« Previous Post
Next Post »

Is Your Favorite Dungeon Board Game One of These? 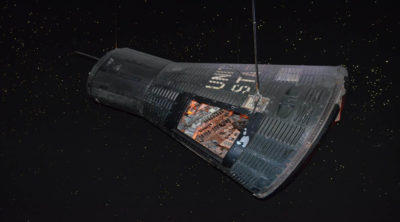 How to Play (and Win) the Star Trek Board Game