Home / Board Games / Tips for Winning the Avalon Board Game

Did you know that Avalon the board game is considered one of the hardest games to win? That’s because there are so many different outcomes that it’s almost impossible to predict or prepare. So, follow these simple guidelines to get yourself ready for war.

What is the Avalon board game?

Avalon is a fantasy board game where up to 10 people can play at the same time. Usually, only about 6 people play though. Either way, the object remains the same. To win, you have to pick a team and then follow the rules until you beat your opponents.

Meanwhile, this is just a spin-off of the popular party game, The Resistance. In both, you must figure out the identities of opponents and use that information to make decisions. However, nobody dies in Avalon, so nobody gets left out of the fun just because they didn’t make the right choice.

How do you play it?

The game starts with face-down cards being dealt to each player at the table. The “evil” Minions of Mordred compete with the “good” Loyal Servants of Arthur. Depending on which team you pick, different things will be expected of you.

At the same time, all players should be doing the following three things:

Keep in mind that this game gets more difficult to win with every new player than joins. So, large groups of friends have an especially good time playing Avalon.

*The number of players on each side depends on how many people in total have joined the game.

Tips for winning the Avalon board game

They say winning Avalon is harder than expected, so be prepared for a challenge. And when you get some extra time, improve your chances of a victory by considering these three things:

Also, never forget the value of practicing. If you find a chance, play Avalon online with virtual friends and skip the tedious setup until the official gameday.

Where to find the Avalon board game near me

Get your hands on a copy of the game and then start practicing for real. You’ll learn how to set the deck and begin to understand the flow of the game a lot better. So, here’s where to find the best stash when you’re good to go:

Keep in mind that Avalon prices can vary widely depending on where you shop. So, look for discount codes and coupons online to save some money. Or, see if you can just rent the game from anywhere in your neighborhood. 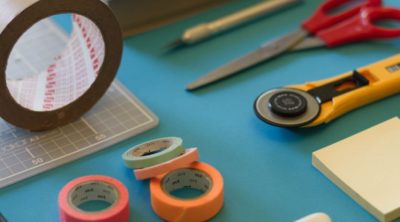 3 Amazing Homemade Board Games You Can Make This Weekend