How to Play (and Win) the Star Trek Board Game

If you’re a fan of space but don’t know how to play the Star Trek board game, you’re missing out. Not only does it provide healthy competition but it also gives players a chance to learn more about the show. Best of all, it’s easy to play and there are ways to ensure you’ll win.

What is the Star Trek board game?

Star Trek: The Game is a family-friendly board game that’s based on the popular TV series from the 1960s. It features futuristic imagery and has the same basic characters from the set to create exciting scenarios. Meanwhile, each scenario uses details from various Star Trek episodes.

There can be up to six players on the board at a time, but you can also play the game with only two people. From start to finish, it generally takes about 60-90 minutes to win or lose. However, the game duration depends on each player’s skills and knowledge of the show.

The rules and goals of gameplay

The object of the Star Trek board game is simple. Your job is to make your way to four different planets by answering trivia questions from five show-related categories. Each successful trip awards you a “citation,” and your goal is to navigate back to the Starfleet™ Command using those citations as passes.

This is where things can get tricky because your ship must be completely intact and fully functional to win. The first player to reach the SC while also meeting those requirements gets appointed the rank of Admiral. That player is also the winner.

3 winning strategies for the Star Trek Board Game

This game is popular because it gives people a chance to learn and explore the details of their favorite program. In fact, some folks use it as a way to increase their knowledge before attending a Comic-Con event.

Meanwhile, it’s much easier to score a victory in a casual competition between friends when you follow these three simple strategies:

PRO TIP: Remember to be on alert from attacks by rogue aliens and enemy ships. Their questions are extremely difficult and may require lots of brainpower.

The Star Trek board game is fun for the whole family and awesome at adult parties, too. It pits 2-6 brains against one another in a fight for the coveted Admiral’s title. Those who lose get immediately disappointed, but those who win get instant bragging rights. No excuses; play like a champion today. 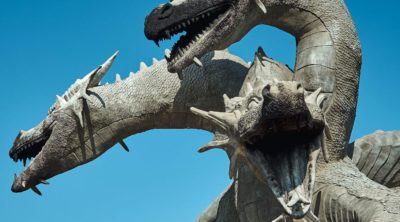 Tips for Playing the Castle Ravenloft Board Game