Easy-to-understand Instructions to Play the Aggravation Board Game

If you're thinking of activities that you can do when your friends come over, or you want to enjoy a wonderful afternoon with your family, playing the Aggravation Board Game will definitely ensure a fun time. This Plentifun article will take you through easy-to-understand instructions to play the game. Have fun! 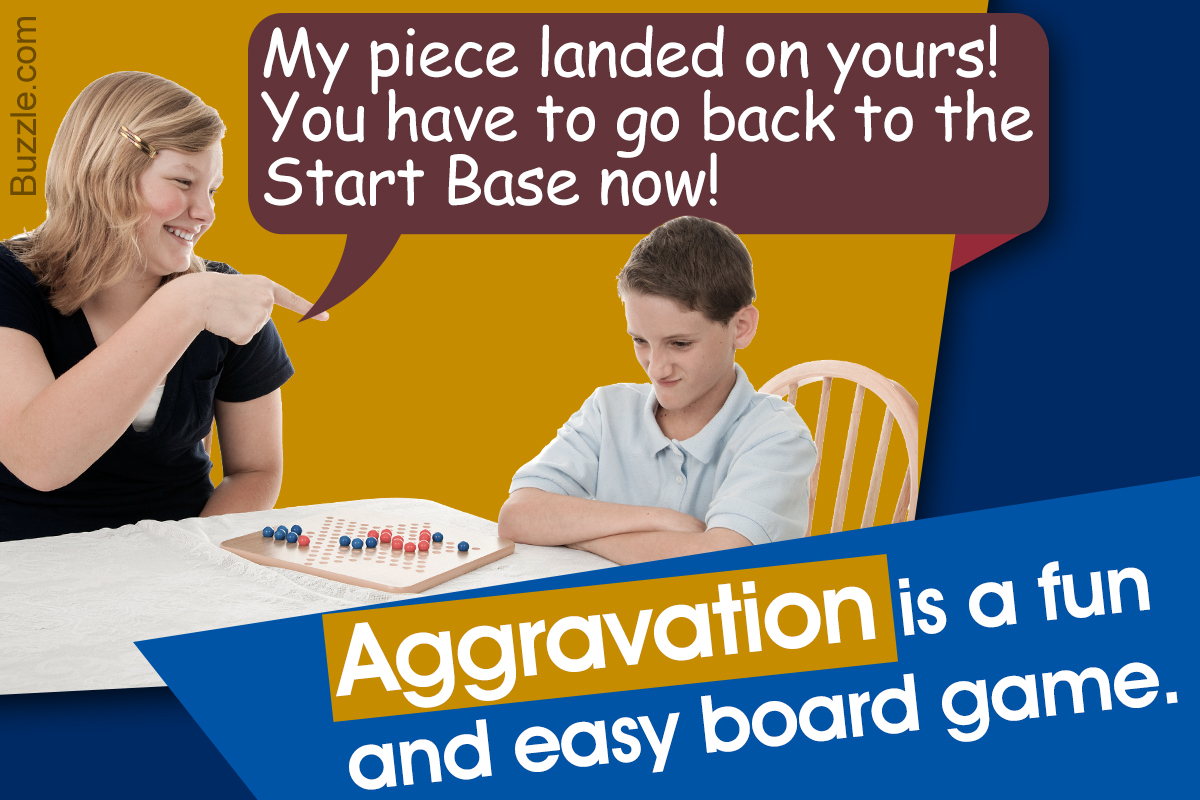 If you’re thinking of activities that you can do when your friends come over, or you want to enjoy a wonderful afternoon with your family, playing the Aggravation Board Game will definitely ensure a fun time. This Plentifun article will take you through easy-to-understand instructions to play the game. Have fun! 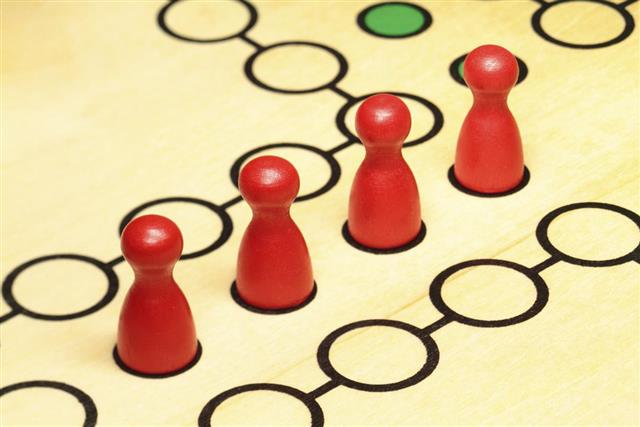 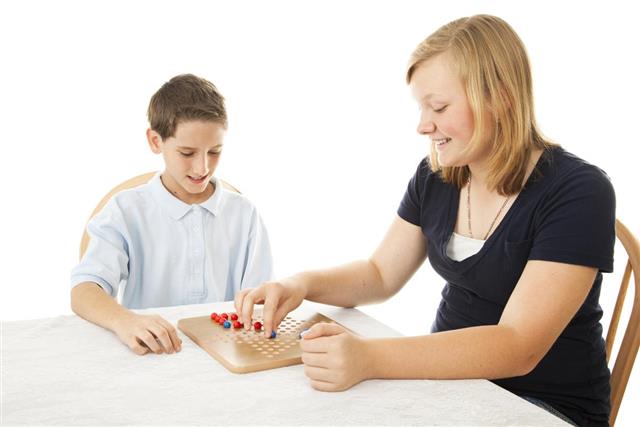 “You have to learn the rules of the game.
And then you have to play better than anyone else.”
― Albert Einstein

Meant for people aged 6 and above, Aggravation can be played by two to six people at a time. A game popular since several decades, Aggravation traces its origins back to the ancient Indian game Pachisi, which was famously known as the ‘Royal Game of India.’ Marketed in the early 1960s by CO-5 Company of Benton Harbor as a board game for children, it did not take long for Aggravation to become a favorite among people of all ages.

Before Aggravation was publicly marketed, families in many parts of the United States played a more intense version of this game, then called Wahoo, on homemade wooden boards. When Benton Harbor introduced Aggravation in the market, it was observed to be a simpler version of Wahoo, and was played with rules that were similar to Pachisi.

Over the years, versions of Aggravation were marketed by many other famous companies such as Milton Bradley, Lakeside Industries, and Hasbro, to name a few. Originally designed for two to four players, Aggravation experienced a few minor modifications which then allowed two extra players to be added to the game, thus making it a game for six people.

Objective of the game

Each player gets four marble pieces of his own, which are essentially of the same color so as to make differentiating between the players’ marbles easily possible. The objective of the game is to move all your marble pieces from the starting point to your home base, by the roll of a die. The first player to successfully move all his marble pieces to home base wins. You can jump over or land over your opponents’ marbles, which causes those particular pieces to go back to the starting point, and ‘aggravate’ your opponent. This is how the game gets its name, it annoys and aggravates the other players to no end! But it is a lot of fun to play, and very easy to learn.

Contents of the Game: What do you need to play Aggravation?

The beauty of Aggravation is that it doesn’t need any expensive and fancy equipment. You can use a board that is made at home―many people prefer to carve wooden boards by hand, and the design is fairly simple to make. If you’d prefer a readymade board, head out to your nearest store and buy Aggravation.

Along with the board, you need marbles of different colors. Each colored set should have four marble pieces (or a few more if you know you might lose them!), and you need to have a minimum of two color sets, and a maximum of six.

As with most board games, you need a die. There’s no particular instruction for your die, any old one will do.

Instructions: How do you play Aggravation?
Step 1

Have all the players select their choice of marble pieces. Remember, each player can choose only one color, and every player has to choose a color that is different from the other players so as to avoid confusion in the game. Have each player place their marble pieces in their respective start base spots. (The base spot needs to be the same color as the marbles.)

Once your marble pieces start moving out to the color spaces, you have to keep them moving clockwise around the game board till you reach home base. Keep rolling the die in order to take the marbles around the board and reach home base quicker. However, you must remember to land an exact 1 or 6 in order to move your marble piece from the starting point.

If your piece lands by an exact roll on an opponent’s piece, you have the power to ‘aggravate’ your opponent and send the piece immediately back to the starting point. Here comes the fun part of the game―players get immensely aggravated when their pieces have to return to the starting point and then wait till they roll an exact 1 or 6 on the die to begin moving again. Keep in mind though, you can aggravate your opponent everywhere except the start or the home base areas.

If your die score isn’t landing your piece on your opponent’s by an exact roll, but is high enough, you can jump over your opponent’s piece and proceed further in the game.

If your die score lands you on a spot where you have another one of your marble pieces, you cannot jump over it or pass that spot. In such a case, you are ‘blocked’, and you should try to move your other pieces instead. If nothing is possible, you have to skip your turn and wait for a future turn to ‘unblock’ your marble piece.

Before you get aggravated in this game, let me tell you that there are some shortcuts that will help you play it better.

Disclaimer: You can get “aggravated” even when using the shortcuts, and you’ll have to go back to your start point and begin again!

The Star Spot shortcut
If possible, try to land your piece on a ‘star-hole’ on the game board. Following that, rotate your piece clockwise around the ‘star-holes’ during your future turns, and then, take the path that leads quickest to your home base. This shortcut is a great way to reach home base quicker than your opponents, and you can remove your piece from the star-holes whenever you want. The only catch is that to land on a star-hole, you need to roll an exact score on the die.

The Center-Hole shortcut
If your piece is in a star-hole, and you roll a 1 on the die, you can move the piece to the center-hole, that is, the space in the center of the game board. On your subsequent turn, you have to roll a 1 on the die to get out of the ‘center-hole’ and move to the ‘star-hole’ that is closest to your home base. However, you must keep in mind that rolling a 1 on the die is the only way to enter AND exit the center space. You cannot use any other score to move from the center-spot.

Who wins the game?

The first player to get all his marble pieces into the home base area wins the game. To get your marble piece to move to the ‘home base’ area, you need to roll an exact score on the die. Since you cannot jump over your own marbles, it is imperative that your first marble piece goes into the farthest space in your home base area. If all your marbles are blocked, you forfeit the game, and the other players keep playing.

Now that you know all about this game, aren’t you excited to play it yourself? Get your friends or your family together, assemble the game board, and you’re ready for some Aggravation! 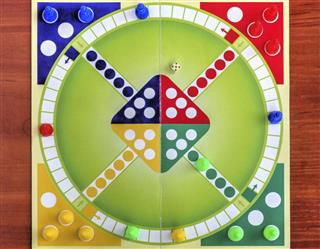 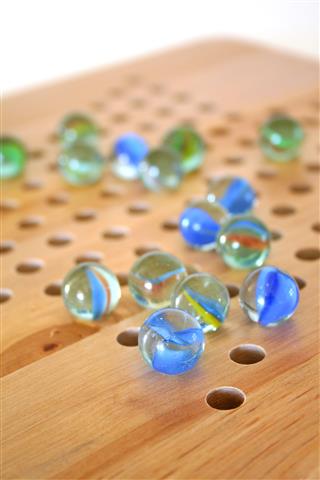 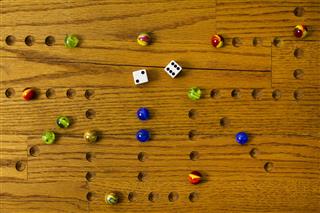 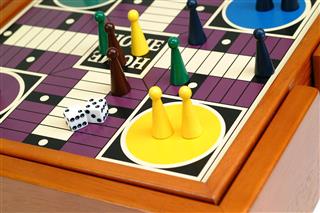 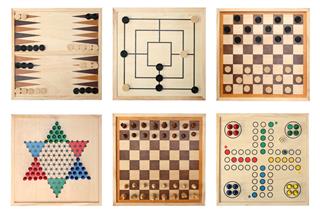 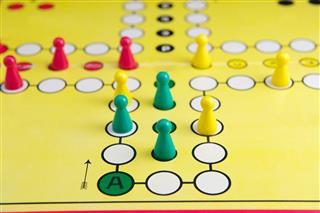 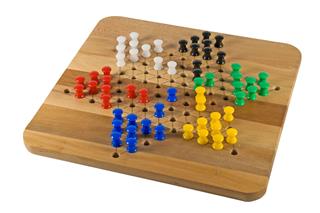 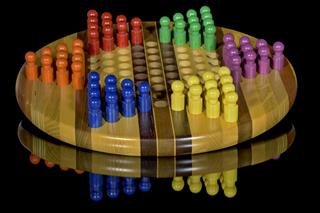 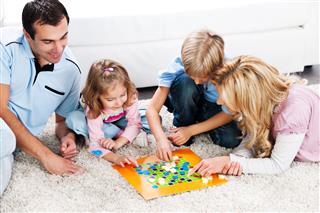