Learn how to play craps in Vegas like a big spender even if you don’t have lots of money. Here’s what you need to know to win big(ger).

What is Vegas Craps?

Playing craps is pretty easy. You start by placing your chips on the pass line based on the table’s layout. The dealer might move your chips but that’s okay because it doesn’t affect the outcome of the game. Then, the pass sequence starts with a “come-out” roll by the shooter.

FUN FACT: It’s called “crapping out” when you lose a bet on a Vegas craps table.

How to play Craps in Vegas

Vegas Craps isn’t much different than the traditional version. The basic rules are always the same no matter where you go or what you lay on the table. But, keep in mind that you’ll never sit down because there aren’t any chairs available. Unlike other casino games, you’ll have to stand the entire time you play.

Then, there’s the dice. Each player gets two from the house and is not allowed to use their own. That’s because the casino balances each die perfectly before the game. So, your lucky pair won’t work if you decide to play Craps in Vegas.

The 3 best places in Vegas to play Craps

Las Vegas, Nevada is a bustling city with tourists from all over the world. That means there are countless opportunities for gambling, but that doesn’t mean every casino has Craps. If you want to play for real in the city of sin, check out one of these 3 locations first:

This casino is located downtown so it’s almost always packed. The ceilings are low and the music is loud, but the prices are good and there’s a Craps game going on all the time.

You’ll find this joint on the strip and then enjoy some of the easiest Craps games in the city. Beginners flock there for the experience, so it’s a major money grab for the right person.

Here is one of the smallest casino-hotels in downtown Vegas, but don’t let the size fool you. It’s one of the busiest Craps hubs in the city and the minimum bets stay affordable for newcomers.

For more information on betting standards or house rules, contact the casino concierge.

How to play Craps in Vegas without lots of money

Once you run out of cash you have to go home, so don’t let that happen. Here’s how to play Craps in Vegas without going broke:

Remember, you don’t have to spend your retirement to learn how to play Craps in Vegas. Just show up prepared and play for luck at all the right places. 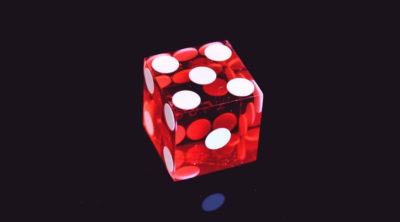 How to Play Craps for the First Time