Outdoor Team Games for Adults That Remind You of Your Childhood

Outdoor games are a great way to bust that stress and take a break from the daily cookie-cutter routine. No, they are not restricted to just kids. In fact, they are fun ways to bring out the hidden child in grownups. Find some outdoor team games for adults.

Outdoor games are a great way to bust that stress and take a break from the daily cookie-cutter routine. No, they are not restricted to just kids. In fact, they are fun ways to bring out the hidden child in grownups. Find some outdoor team games for adults. 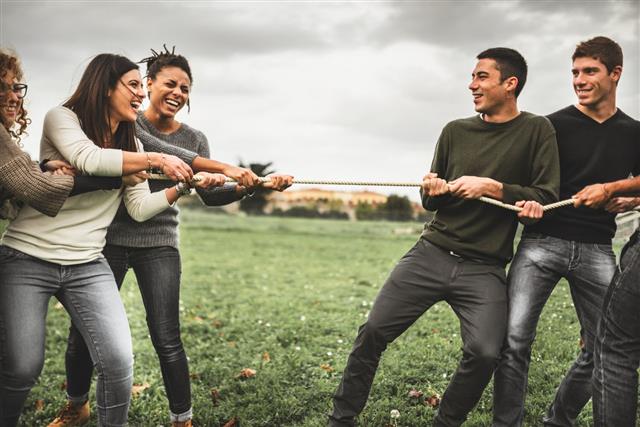 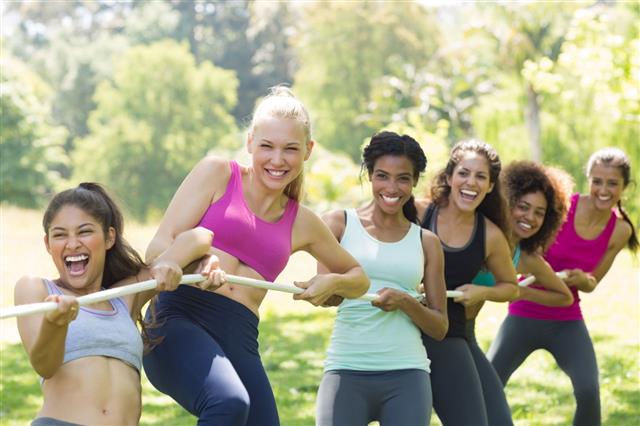 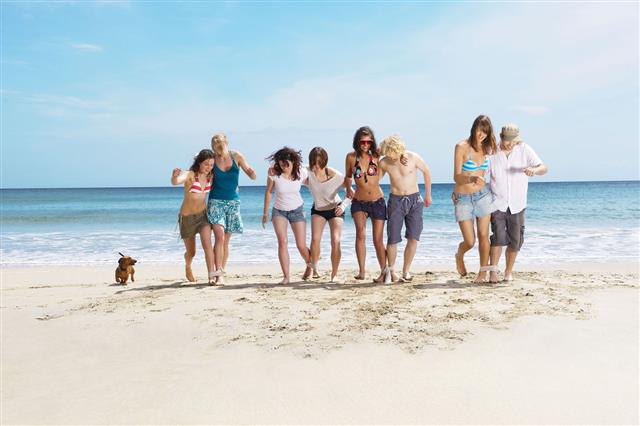 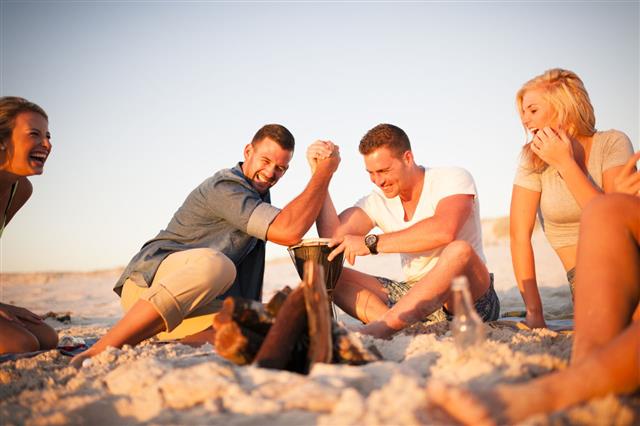 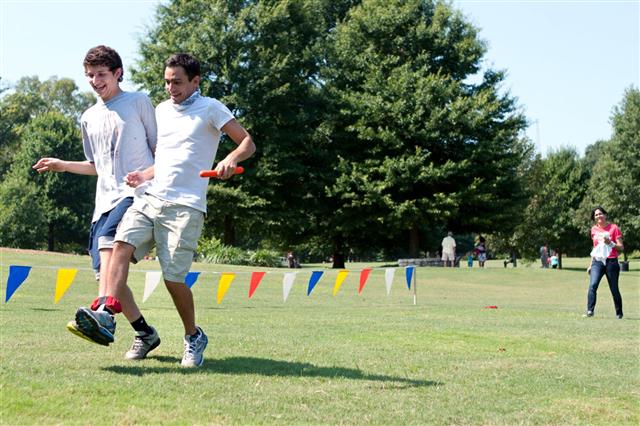 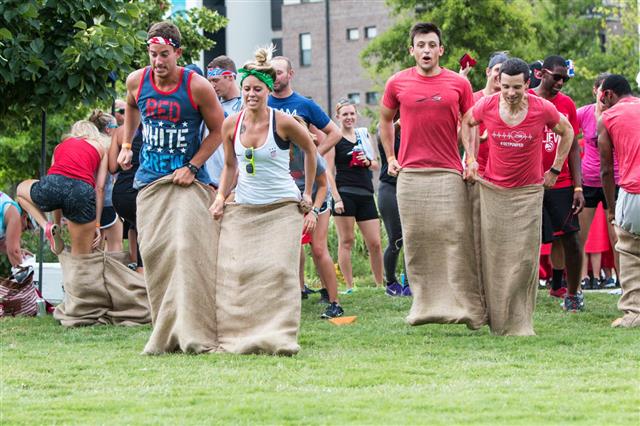 Someone once said, “You are never too old for games!” So true it is. Age is no bar for fun and play. Outdoor games take you back to your childhood days when they were almost a part of your daily activities. As a child, you could hardly keep yourself from hitting the playground, remember? That’s one thing about outdoor games. They make you feel energetic, fresh, and yes, young! As adults, we become busy in our work routine and fun and play take a backseat. Those childhood days are never going to come back. But why not bring out that child in us for a little while?! How about playing some fun team games outdoors? Go ahead, bring back those beautiful days; engage yourselves in outdoor sport activities and games.

Games like dodgeball, football, volleyball, and soccer are good choices of outdoor team games for people young or old. If you can make arrangements for the sports gear and equipment needed, games like golf or cricket can be good options as adult team games. Frisbee is another good game for adults. It does not need much equipment and most people enjoy playing it. Field hockey, baseball, and lacrosse are a few other options to enjoy outdoors.

Treasure hunt can serve as another good choice for adult games outdoors. For this, you will need to divide the group into two teams and have them simultaneously search for the treasure. The team that finds it first, wins. A variant of this game is to have maps as clues. In this case, the team members have to read the map given to them and hunt for the treasure. This variant can be used when you are arranging the treasure hunt on an unknown terrain, especially one that covers a wide area. When on a large area, you can pitch small sign boards at different locations, reaching which, teams earn or lose points. For example, if a team happens to reach the place where a particular danger sign is put up, they lose marks. Similarly, if a team happens to come across a fairy picture on their way, they earn points. Or you can have elimination on seeing three danger signs or reduced time to find the treasure with each danger sign they come across.

Land and Water is yet another choice of team games for adults and it needs no special preparation. Divide the group into two teams. Make each team stand in a line, shoulder-to-shoulder, facing you. If you say “water”, they have to jump one step forward; if you say “sea”, they need to jump two steps forward. If you say “land”, they should jump a step backward; and if you say “mountains”, they should make two jumps backward. You can add more words and corresponding actions to make the game more interesting. For example, if you say “hill”, they jump one step to their right, if you say “lake”, they jump one step left and so on. If a person jumps wrongly, he/she is out of the game. At the end of this game, the team that has more members still in the game is declared winner.

Watch the group enjoy with some fun races like these.

Races! Yes, sack race, three-legged race, running race, tied-hands race, relay race – you can have as many as you can think of. In a tied-hands race, the participants have to run with their hands tied behind their back. It’s fun! You can have a hurdles race, too. Along a predetermined track, place hurdles (small and big objects they have to cross, jump over, or skip) and have the participants run the length of the track. The one who finishes first wins. A slight variant of this race is to have the participants complete a set of tasks waiting for them along a path and the first one to finish them all, wins. You can have tasks like wrapping gifts, collecting balls of a particular color, blowing balloons, filling bottles with water, etc. The materials needed for the completion of each task have to be laid out along the path; the first one to complete all the tasks is declared winner. You can plan a triathlon for adults. Combine activities like cycling, running, swimming (if the venue has this facility), and assign a time slot or distance for each. Again, the one who finishes first wins. Who said races can’t be team games? They very well can. Divide the participants into teams and have the team send their best player(s) for each race. For every race won, the team scores a point. At the end of the activity, the team with the highest score is declared winner.

A game of tug of war can never fail to be fun!

Tug of war is one very popular outdoor team game for adults and kids alike. For this, divide the group of adults into two teams. The teams need to stand on opposite sides of a rope. Each team tries to pull the rope to their side. The team that manages to do so, wins. You can vary this game by making the two people in the opposite teams hold hands. The team members stand in lines that face each other. The first person in each of the lines tries to pull his/her opponent towards their team. The person who gets pulled joins the opponent team. The game continues till one team is left with no members at all!

From cooking and eating games to egg drop or even a mini tomato fight, combine food with loads of fun!

Food games are also worth a mention in this collection of outdoor group games for adults. When outdoors, away from home, away from work, won’t it be fun to mess around like kids? Plan cooking games or cake or salad decorating competitions. Divide the group into teams and have each team prepare a dish with one secret ingredient which the other teams have to guess. Or ask each team to cook the same dish and have judges to announce the best-tasting one. With consideration to health concerns of the participants, you can even have eating competitions like kids do! You can have charades where things to mime are food-related. Having a mini La Tomatina (a tomato fight) is another exciting idea. Even an egg drop game is not a bad idea. In this game, each team is given eggs along with material (paper, cardboard, string, tape, cotton, etc.) to make a protective covering for the egg. The teams are given a fixed amount of time to do that, after which each team’s egg is dropped from a height. The team whose egg does not break wins!

On looking at these outdoor team games for adults, you must have realized that there’s a lot of physical activity involved in most of them. You cannot forget the small risk of injury or accidents these games involve. But falling and standing up again is fun sometimes, isn’t it? So forget all that was bothering you, lock all your worries away, go, be a kid. Play and let play! 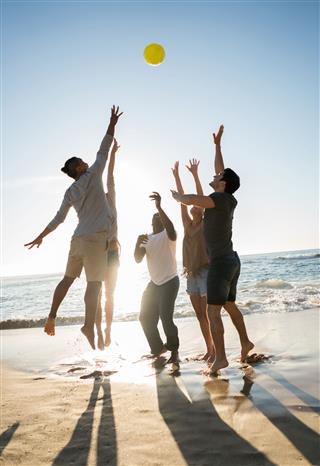 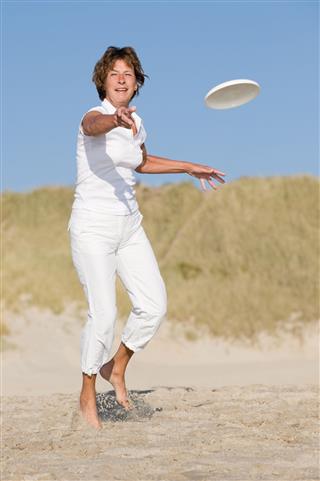 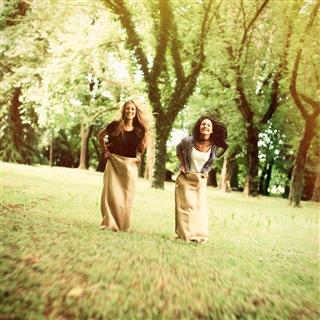 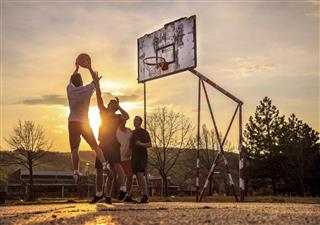 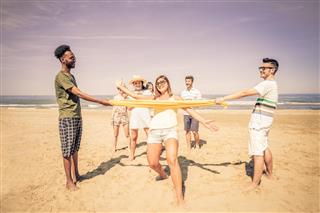 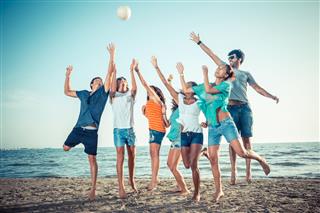 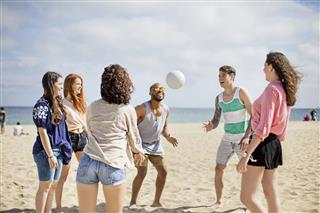