Human bingo is a game which puts a quirky and entertaining spin on the run-of-the-mill icebreaker games. In this post, we're providing you with sample questions to play human bingo, along with template to use at your next gathering.

Human bingo is a game which puts a quirky and entertaining spin on the run-of-the-mill icebreaker games. In this post, we’re providing you with sample questions to play human bingo, along with template to use at your next gathering.

While the allotted interaction time depends on the size of the group, it’s better to keep it on the lower side to encourage quicker conversations; and thus, ensuring that more and more people mingle.

Icebreaker games can be a complete pain for the introverted kind, especially the ones which require public speaking. Human bingo, therefore, comes as a breath of fresh air as it calls for speedy, one-on-one interaction with people, in a manner that is more subtle than boisterous.

The questions used in human bingo can be kept as serious or as informal as you want them to be. The nature of the questions depends on the group at hand, which is why we’ve categorized them accordingly. Before we get to those, let’s run through the rules.

How to Play Human Bingo

● Take a print of the blank grid template we’ve provided. Fill in the desired question inside each grid.

● Ensure you have adequate pens and pencils for members to use.

Distribute the game sheets and pens among everyone, following which you begin to explain the rules.

● The idea behind playing this game is to encourage and facilitate interaction so that the assembled people can get a better insight about everyone’s personalities.

● This is a better manner of introducing people, as the game can be used to reveal a more informal side of everyone assembled.

● You have the option of handing out prizes to the winners. 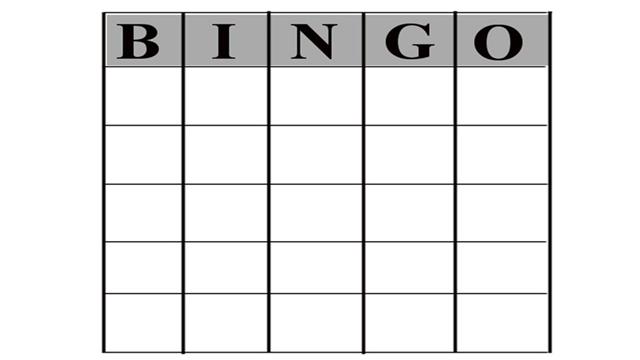 ● I solemnly swear I’m up to no good.
● I’ve broken off on Facebook.
● I’m sexy and I know it!
● I’ve watched ‘Titanic’ more than once.
● I think the Macarena pips Gangnam Style!
● I’ve been caught while cyber-stalking an ex.
● I follow rules during Monopoly.
● I can’t watch horror movies.
● I’ve gone commando to an important event.
● I have a tattoo I regret.
● Lies still exist on my resume.
● I’ve won a pie eating contest.
● I enjoy watching ‘Keeping Up With The Kardashians’.
● I’ve got Bieber on my playlist.
● I’ve lied on my Tinder profile.