Spades is a popular card game that is easy to understand and extremely fun to play. This Plentifun post helps you learn how to play a game of spades.

Spades is a popular card game that is easy to understand and extremely fun to play. This Plentifun post helps you learn how to play a game of spades. 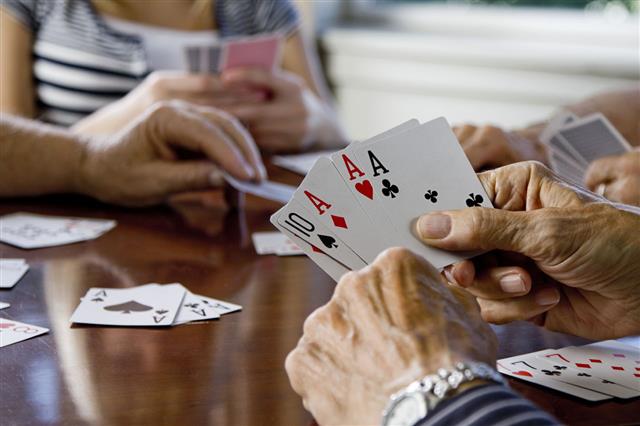 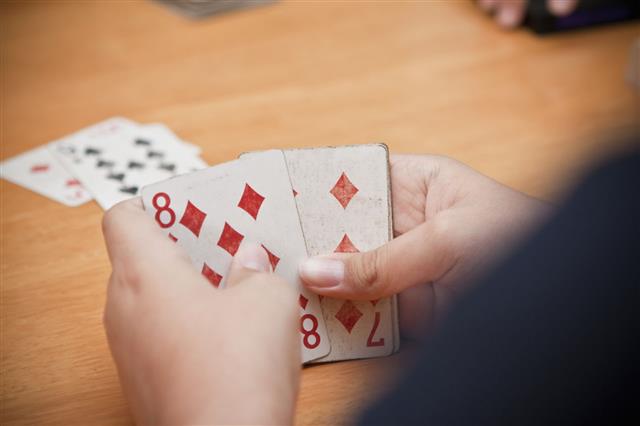 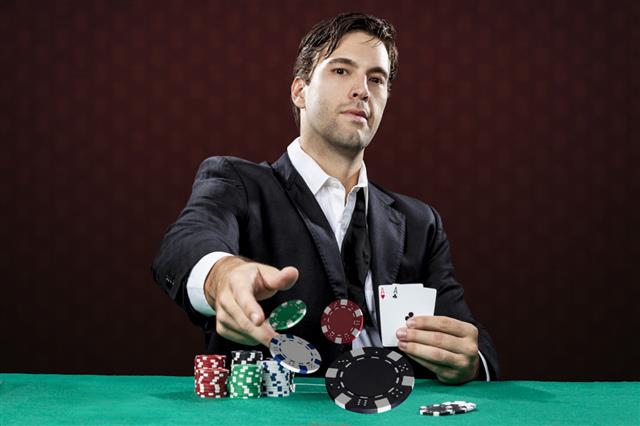 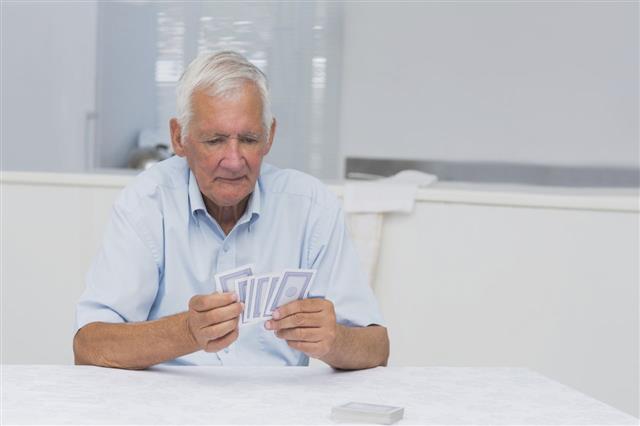 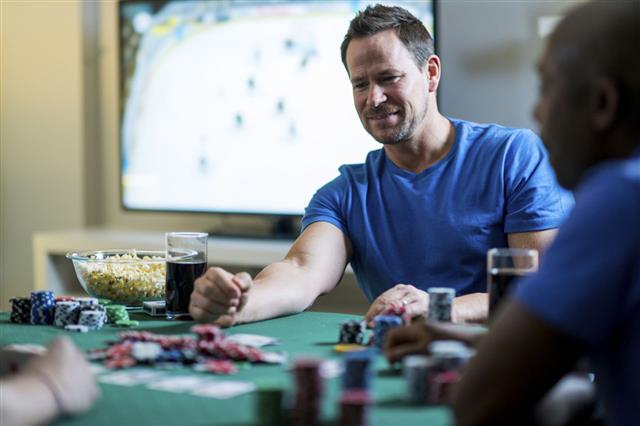 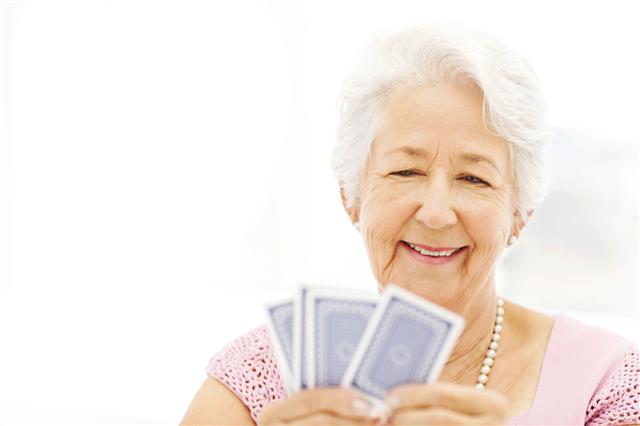 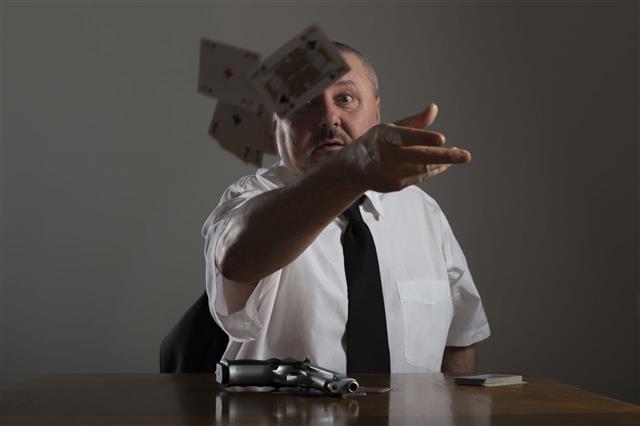 Spades is thought to have been created in the late 1930s by college students who, while enjoying both Whist and Bridge, were eager for a fast-paced game that was both competitive as well as strategic.

Spades is a popular card game, whose object is to take at least as many tricks as were bid by the player before play began. It can be played by two to five people as individuals or by four people in partnerships of two. A normal 52-card deck is used and, unlike Whist or Bridge, the suit of spades always trumps all other suits. In case of six or more players, two decks are used. Each card represents its face value, with the ace being the highest card.

The first dealer is chosen by draws for a high card or the first spade. The order of dealing in subsequent plays proceed clockwise. All the cards, face down, are dealt out by the dealer such that everyone has an equal number of cards. Once all the cards are dealt, the players pick up the cards, check the number, and arrange the cards as per their preference.

After studying the dealt cards carefully, each player makes a bid on the number of tricks he/she expects to take. The player to the left of the dealer starts the bidding and is continued in a clockwise direction. There is only one round of bidding before the game starts, and the minimum bid a player can make is zero. No suits are named.

Blind bids are when a player, who is at least 100 points below the highest scorer, bids without consulting the dealt cards. In such a case, every bid trick won is worth 20 points.

➊ one The player on the dealer’s left starts the game by playing the opening lead. The other players follow suit, if possible.

➋ two If a player doesn’t have a card of that suit, he/she may play a trump or a discard. A trump is any card in the suit of spades. If more than one spade has been played, the highest spade is trump.

➌ three A discard is a card of any other suit that will not trump the cards already played. Once a card is played, it cannot be retrieved back by the player.

➍ four Once the hand is played, the trick is won by the player who played the highest card in the lead suit or the highest spade card.

➎ five The player who wins the trick, leads the next hand.

➏ six The game continues till all the cards of each player have been exhausted.

Initially when bids are made, one of the players (designated score-keeper) notes down the bids against each player’s name. As and when tricks are won, points are awarded. For every trick won, 10 points are awarded till the bid is reached. Every additional extra trick is only worth one point each. Extra tricks are also sometimes called “bags”. If a player does not satisfy his/her bid, the score given is 0. A running score is kept to determine the player with the highest overall score. In case of a tie, another hand is played as a tie-breaker.

Variation in Number of Players

The players draw for the high card, and the pack is kept in the middle as stock. The player with the higher-drawn cards picks the top card and debates keeping it. If the card is kept, the player picks the next card, takes a look, and then discards it face down. But if the card is not kept, it should be discarded face down and a second card should be picked, which has to be kept by the player. The other player proceeds in the same manner. This is kept up till all the cards are dealt between the two. The game play proceeds as it does with four players, except that each trick is made up of two cards and not four.

The only difference from the four-player game is that the two of clubs is removed and 17 cards are dealt to each player. Therefore, there are 17 three-card tricks that can be made. Minimum bid is one.

In this case, the two of clubs and of diamonds is removed. The remaining 50 cards are dealt equally and game play occurs as usual.

When both Jokers are used, they are considered as the highest-ranking trump cards.

Partners sit across from each other while playing. The general rules of play are the same except that the bids of the partners are added together to form a team bid. It is not important for each individual to win as many tricks as they had originally bid. That is, it doesn’t matter who wins how many tricks as long as the team bid is fulfilled. The minimum bid that can be made in a partnership game is two. The partners that win the trick lead next.

Tips and Strategies for Playing Spades

♠ When bidding, scrutinize the cards in hand. The high cards will win a trick unless someone else plays a higher spade.

♠ Spades are trump and will bunk any other suit.

♠ If including the jokers, remember that jokers are highest spades.

♠ In the partner’s version, try not to trump your partner as taking one of his tricks eventually hurts the team.

♠ Pay attention to the high cards played and how many spades have been played.

♠ Talking about your cards to your partner is considered cheating.

Spades can be made even more enjoyable and fun by having variations in scoring and bidding. To the imaginative, the possibilities are endless. 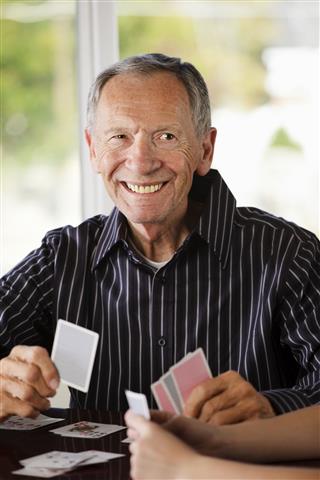 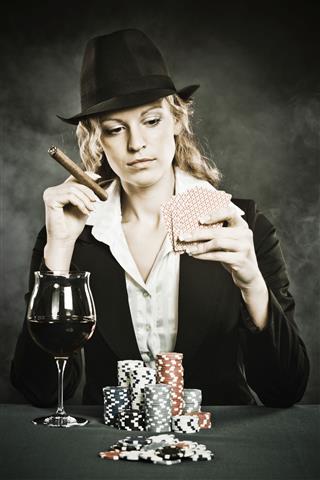 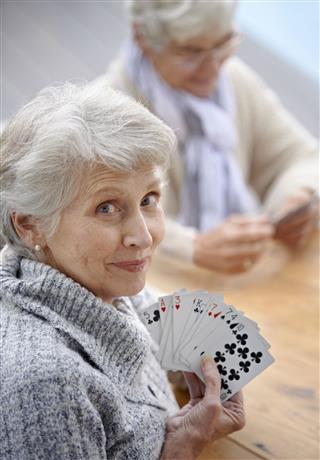 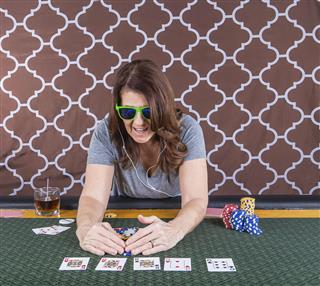 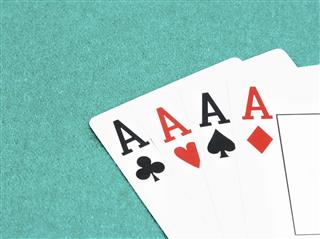 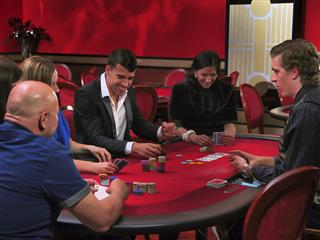 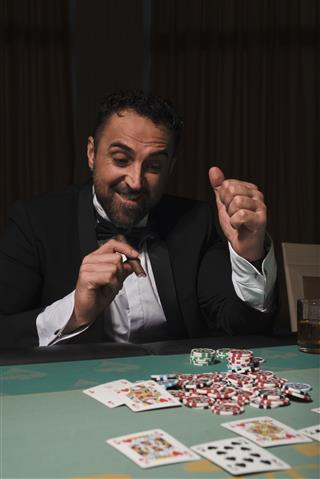 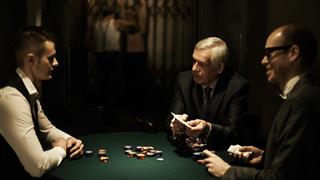