Tumbling Tower Game Rules and Instructions Everyone Must Know

A game that tests both your physical dexterity and mental ability, tumbling tower can be a lot of fun. Not only do we give you the rules of the game but we also give you instructions on how to build the game if you wish to. 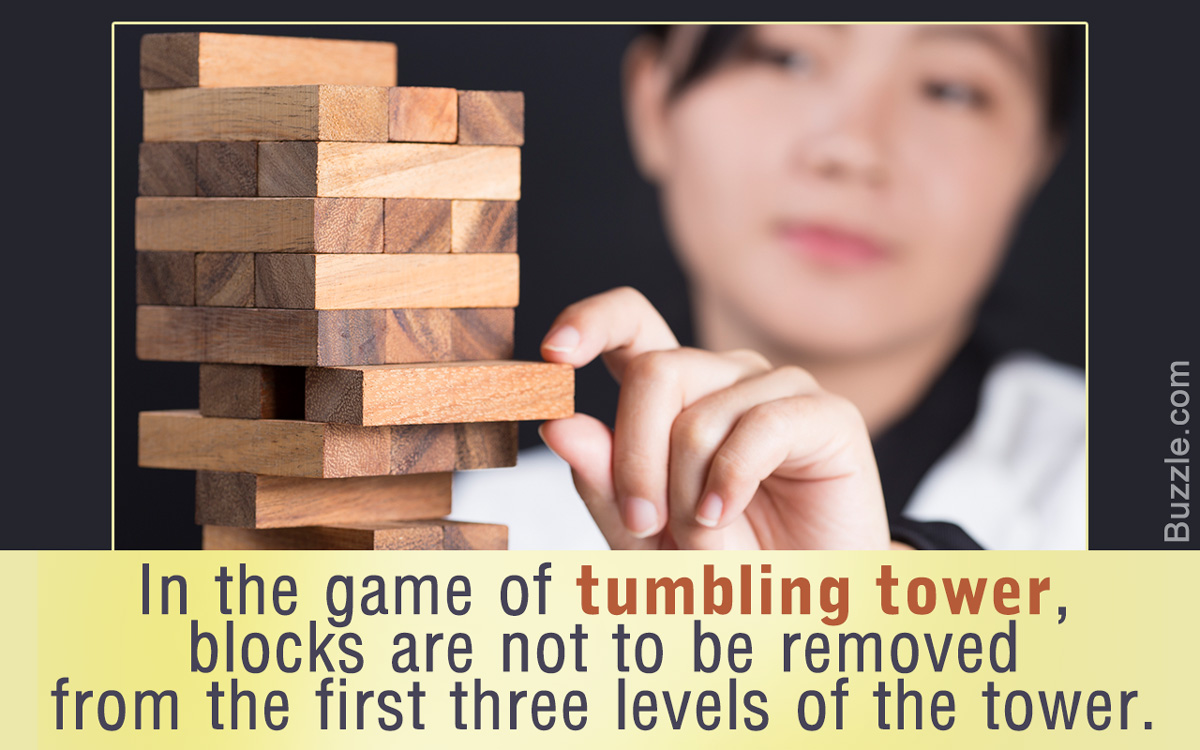 A game that tests both your physical dexterity and mental ability, tumbling tower can be a lot of fun. Not only do we give you the rules of the game but we also give you instructions on how to build the game if you wish to. 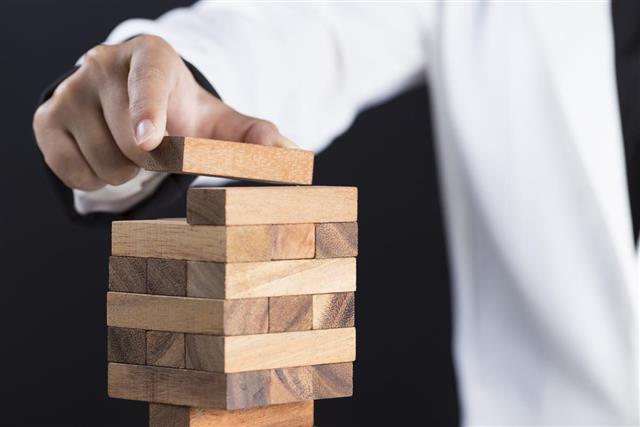 Usually you use wooden building blocks to create a tower but have you played a game wherein you are expected to do the opposite? Tumbling tower is a game where you are expected to do just the same. The game is such that the players take turns picking out one wooden block per turn trying to make sure that the tower does not collapse. The tower is generally made up of fifty four wooden blocks. You get both miniature and giant versions of the game. All the blocks you can use need to be removed from an already-formed tower and balanced on top of the same tower. Each level of the 18-level tower is made of three blocks and each subsequent level is placed perpendicular to the earlier level. A player is allowed to remove only one block at a time. This creates an unstable and almost teetering structure.

The size of the blocks that you use does not make any difference. While a smaller version can be played indoors, with a giant version, you can easily move the game outdoors. You can easily buy the game from a toy store or you can choose to order the game online. It can also be a lot of fun to build a version of the tumbling tower game as this allows you the freedom of customizing the set as you want to.

If wind is playing spoilsport with the game, then wait for it to die down before resuming your game. Also after every player plays his or her turn, it is important to wait for at least five seconds before the next turn can be played. This is to ensure that the tower does not topple over after a while. Today there are many variations of the game that are available in the market, including a version that is known as throw ‘n go where the player throws a die to decide the color of block which has to be moved and a truth or dare version.

The rules for the latter version of the game are listed below.

If you choose to make the game to play it at home, there are very few instructions that you will need to follow. Decisions like what should the dimensions be will all depend on how big or small you want the tower to be. Both versions of the game have an 18 level tower with three blocks making up each level. The main thing that you need to keep in mind while measuring the timber to create the blocks is that every block should have a width that is one third the length of the block. This is very important or the stability of the tower will be compromised.

If you are comfortable with woodworking, then the construction of the blocks should not be an issue for you at all. Just decide on what size you want the blocks to be. Once you have decided on the dimensions, cut out one block. This should be your prototype. If you are satisfied with the dimensions of the block, then build the rest of them. After you have cut out all the blocks, remember to sand it properly so that there are no rough edges. If you want, you could also paint it or just apply varnish on it for a glossy effect. Most manufacturers suggest using pine or cedar wood for making the wooden blocks.

Whatever your age, this is one game that is definitely an icebreaker and a fun game to play. Just follow the simple rules and instructions given as you play the game.