Clue Board Game: Understanding its Rules, Characters, Rooms, and Weapons

Had a childhood dream of being a detective, which was not fulfilled? Nevertheless, here's your chance to don a detective's hat and catch the murderer! Plentifun, in this article, will tell you about the Clue Board Game, its rules, characters, and how to go about it.

Had a childhood dream of being a detective, which was not fulfilled? Nevertheless, here’s your chance to don a detective’s hat and catch the murderer! Plentifun, in this article, will tell you about the Clue Board Game, its rules, characters, and how to go about it.

You have to be vigilant while playing this game. Use Sherlock Holmes’s ‘Science of Deduction’ theory. Even if it is not your turn to make a suggestion and you do not know which card was false, make mental notes of the ‘suggestions’ made by other players, and simply do not depend on the cards shown to you when you make a wrong ‘suggestion’. Perhaps, you may zero in on the correct answer.

If you fancy yourself as a detective and love solving a mystery, the Clue board game (known as ‘Cluedo’ in the U.K. version) is just for you! As the name suggests, you rack your brains and use the clues or hints given to you, for finding the murderer.

An excellent board game to play with family and friends, it will ensure that you have a thoroughly enjoyable time. Produced by Parker Brothers, this game can be played by 3 to 6 players and is suitable for ages 8 and above. Usually loved by all, playing it can be the perfect way to have some gala time after dinner, solving murder mysteries (along with a little exercise for your gray cells.)

Along the years, there have been changes to the game―a plethora of different adaptions of the game are available in the market. Its popularity can be judged by the number of versions and adaptations. However, here, we have mentioned the layout, rules, characters, weapons, and rooms of the original Clue board Game, which has still managed to remain popular.

Mr. Boddy is found dead in his mansion!
You have 6 suspects―one of whom is the murderer―6 weapons, and 9 rooms in the mansion, each of them represented by a card.
Your job is simple―just find the correct answer to the below three questions, by guesswork and clues given to you.

Who is the criminal?
What is the weapon used?
Where has he been murdered?

1. These are the people found in the mansion, and are the suspected of murdering Mr.Boddy.

2. Each of the suspects have been represented by a color.

3. Each player will also be given a token of similar color―which represents one of these characters. As a rule, the player with the token of Miss Scarlet can start the game.

1. These are the rooms in the mansion where the murder has taken place and are represented by cards.

2. These rooms’ locations will be represented on the board. You have to use your token to move around the board.

3. The opposite rooms are connected by secret passages too, which the player may use if desired.

4. Else, the player can move through the rooms by rolling the die, and entering through the door.

1. Weapons are represented by both cards and miniatures―you have to place the miniatures on the board in any of the nine rooms of your choice.

2. Every time a suggestion is made, you have to move the miniature to that particular room.

Adaptions of the Original Game

There are various versions of the game available in the market other than the classic game mentioned above. According to the theme, the characters, weapons, and layout has changed/or the number of cards have increased. Here are some of the other available versions.

Can be played with : 2 to 6 players
Back with the twist, 2 versions of the game – Mansion Game and Boardwalk Game
Features updated rooms, weapons and changed personalities of the characters. Clue sheet notepad, 6 character tokens, 6 weapon tokens, 27 black Clue cards, 3 red bonus cards, 2 dice and instructions. 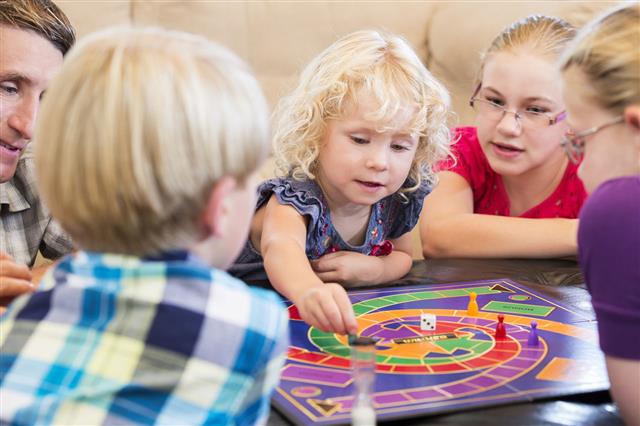 This game is so dearly loved by kids and adults alike – with so many versions to add to the variety. To add a little bit of zing, you could dress up like the characters, and steal more fun! After all, a board game is such a wonderful way to spend those little lazy moments with your special ones!