We Challenge You to Solve These Hard Riddles Meant for Adults

When it comes to food for thought, nothing beats riddles and puzzles. Things get even better when these brain teasers are a hard nut to crack. This article lines up some ridiculously hard riddles for adults. See if you can light up your brain to solve them... 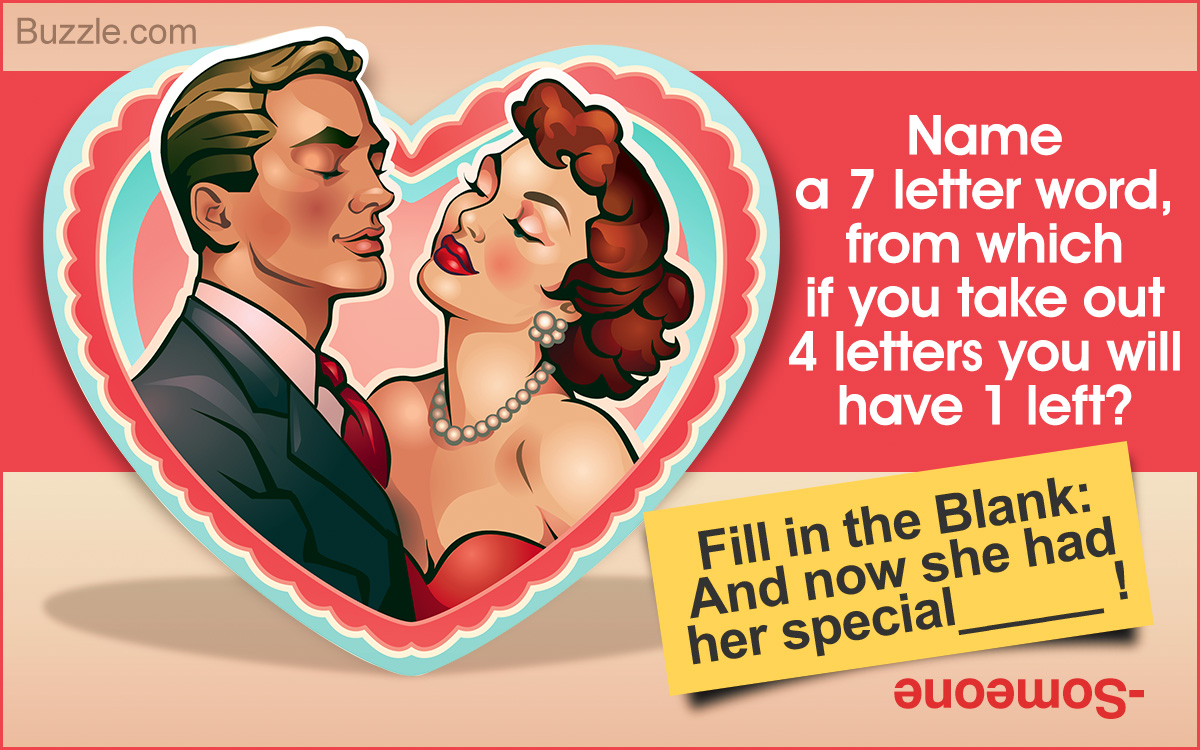 When it comes to food for thought, nothing beats riddles and puzzles. Things get even better when these brain teasers are a hard nut to crack. This article lines up some ridiculously hard riddles for adults. See if you can light up your brain to solve them… 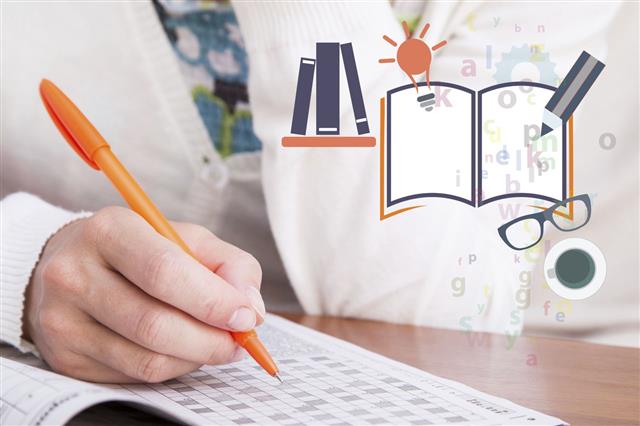 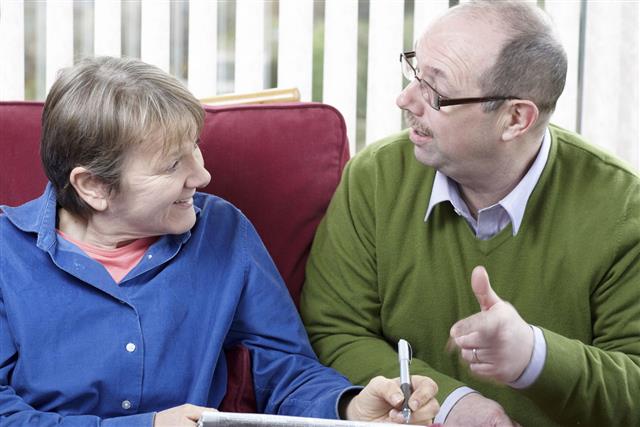 The level of difficulty that a riddle carries with it, may be comprehended differently by different people. Some riddles might be easy for you, while too hard or tough to solve for others. Finding the hidden answer to a riddle or getting to the end of the maze depends on how a person perceives, understands or absorbs the question. Here, we have got some really hard riddles (with their answers) lined up for you. Let’s see how you take them.

The riddles you will find here are based on numbers, letters, words and overall, logic. Also, we have upped the difficulty level of the riddles and made them as hard as possible. Click on “show answer” to see if you have hit the bull’s eye. Play smart!

Show Answer
Answer: It is “Letter”. Every other word makes sense when read backwards.

3. Guess the missing letters in the following incomplete series of alphabets and numbers.
G T … L I T … I S O A A … (Hint – The answer lies where you ask.)

Show Answer
Answer: G T M L I T F I S O A A N.
The series is formed by the first letters of the words in the question itself.

4. How will you behead sixty eight and leave eighteen?

Show Answer
Answer: Did you count the number of letters? There are 16 of them. Divide them in groups of 4. Then, put each group below the other, and read column wise. Here’s how you do it…
S T O E
E I T A
E S S S
I N O Y
The answer to the code is See it is not so easy.

6. An apple begins with me and age too. I am in the midst of a man and foremost in every apprehension. You will find me in everyday and see me in all autumns. It’s a pity that you cannot see me in the air and yet it’s so wonderful to be a part of the great Atlantic ocean! Guess who am I?

Show Answer
Answer: The Letter ‘A’

7. “Defense”, “Laughing”, “Stubborn”, “Hijack”. What is so peculiar about these four words?

Show Answer
Answer: Each of these words comprises three consecutive letters of the English alphabet. Defense, laughing, stubborn and hijack.

9. Which part of a boat, does a shopaholic like the most?

10. My 1st brother studies aerodynamics, my 2nd brother builds different engines. My 3rd brother is an illustrator, and my fourth, as wise as an owl. About me? I am unanimous to whatever you say! Find us all!

Show Answer
Answer: A E I O U (vowels)

11. Name any word that becomes shorter even when you add 2 more letters to it?

13. How do you make two 2s into two 5s? You are free to apply any mathematical function you like. (Hint – remember Snow White?)

Show Answer
Answer: Write down 22 on a piece of paper, and while holding it upside down, see its reflection in a mirror. There, do you see 55?

14. There was this magician who was playing some smart tricks across the street. A boy went up to him and the man said, “I will just touch your forehead and write your actual name on this yellow paper. If I am wrong, then I will give you some of my magic stuffs, otherwise you have to give me $10.” The boy agreed, for he thought that no matter what name he writes down, he will deny it. But, it was the boy who lost the bet. How is this possible? (Hint – do what you say)

Show Answer
Answer: The magician wrote what he said. He wrote YOUR ACTUAL NAME on the paper!

Show Answer
Answer: Here, some pencils may be pens but not all of them. So false!

17. There is a small chap in my neighborhood, who wants to be a postman when he grows up. Also, he is full of letters. Can you guess his name?

18. You cannot see him in the same way as you see others. His voice is different from what you hear. He is always with you when you are alone or in a crowd. He listens to every word you utter. He is your best friend, but speaks to you once in a blue moon? Who’s he?

19. You live in a place wherein, 6 months is mild summer and during the other 6 months, the mercury goes drastically down! You own a lake where there is a small island. You want to build a house over there and need to carry some stuffs. But, you have no boat, ship, plane or anything which you can use to transport them to the island. How will you solve the problem?

Show Answer
Answer: Wait for winter when the lake would freeze!

20. One evening, John Watson returns home at 221B Baker Street only to find his friend, Sherlock Holmes, missing. Everything in the room is scattered, the windows are wide open, and Holmes’ pipe is lying unattended on the table. However, Watson finds something that appears to be hurriedly scribbled on the table, besides the pipe. It goes like this, “Nb wvzi Dzghlm, blf droo mlg urmw nv dsvm blf ivgfim. R zn luu gl Mlidllw, gl hloev z ivnzipzyov xzhv. Gzpv xziv, HS.” Help Watson decode the message.

21. Danny was running really late for something. So, he got his father’s black Mustang and whooshed away in no time. The car’s lights were not working for some reason, and even the moon was not out. Out of nowhere, a cat came in the middle of the street. Luckily, Danny somehow managed not to hit it. Phew! How did Danny see the cat?

Show Answer
Answer: It was 10 in the morning. Everything is visible!

22. I went to Paris, I went to Egypt, I have been to New York and I will be going to Rome. And all this I do by simply sitting in a corner. Who am I? (Hint – think about a letter)

23. Francelia killed almost 100 people, and was accountable for a damage of $4.7 million. Despite all these, she was not pressed with any charges. Why?

24. Can you find the underlying message in the following lines?
“I am an important hope for them as you and your intellect had tried to have fun and delight in answering 6 out of all, but none of these were truly hard riddles.”

Show Answer
Answer: Highlight every fourth word in the passage, beginning with the first, and you will have the hidden message. I am an important hope for them as you and your intellect had tried to have fun and delight in answering 6 out of all, but none of these were truly hard riddles. So, the message is, “I hope you had fun answering all these riddles.”

That would be all for the hard riddles I had in my bag, for now. Till I bring some more of such trick questions to you, jot these down, and be the coolest ‘riddle man’ of your neighborhood!