How to Play the ‘Win, Lose or Draw’ Board Game

Few board games require us to be both quick and creative at the same time. Win, Lose or Draw is one such extra creative board game that tests your drawing skills. Plentifun gives you the know-how of this fun game.

Home / Uncategorized / How to Play the ‘Win, Lose or Draw’ Board Game

Few board games require us to be both quick and creative at the same time. Win, Lose or Draw is one such extra creative board game that tests your drawing skills. Plentifun gives you the know-how of this fun game.

For the word/phrase list to be guessed, you can make new categories of your interest like fashion, music, cars, literature, etc. Vocabulary for kids or something like Christmas carols also would make good alternatives. 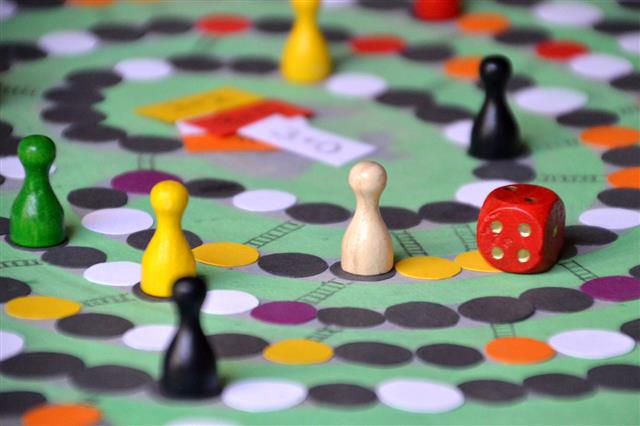 Just like its interesting name, the game has an equally interesting history to it too. As some of you rightly remember, this name comes from the original American game show that came on television between 1987 to 1990. It was produced by Bert Reynolds and Bert Convy (Burt & Bert Productions), along with the Kline and Friends. Directed by Richard Kline, this popular game show had many celebrities participating in it. Disney channel had produced two more versions of it – the Teen Win, Lose or Draw in 1989 and the recent Disney Win, Lose or Draw in 2014.

In 1987, this was brought out as a board game by the Milton Bradley Company. It was available in three editions: party, junior, and travel junior. Let us now look at two different ways of playing this game.

1. Considering You Have the Board Game Set

The Win, Lose or Draw board game set contains one game board, a dice, 24 colored pawns, timer, pencil, paper pad, white square pawn, ace-in-the-hole card, and a card box (9 items in all).

When using the card box:  Every card is divided into two halves. The upper half is Section A and the lower half is Section B. After the guess is correct, only the sketcher is supposed to remove the card from the box. He has to flip it around so that the B section is upwards and put the card at the back of the box.

Categories of the words/things to be guessed:

Target: To be the first player to collect pawns of all 4 colors and Ace-In-The-Hole card.

How to Play Win, Lose or Draw Board Game

Rules of the Win, Lose or Draw Board Game

When the Guess is Correct and in Time

The guesser, who makes a correct guess before the time is up, can earn a colored pawn (only of a color he/she already does not have).

If more than one guessers give correct answers at the same time, then both of them collect a colored pawn (only of a color they already do not have).

Then, if the sketch is rightly guessed, the sketcher also picks up a colored pawn (of the color the white square pawn lands on). For that, he/she rolls the dice.

Thus, the white square pawn can now be moved that many spaces (as the number on the dice) in a clockwise direction. If it lands on a spade space or a colored space (of which the sketcher already has a pawn), no colored pawn can be collected by him/her.

When the Answer is Incorrect or Not Guessed in Time

The word/phrase still continues, and the next sketcher (on left-hand side) draws clues for it.

Nobody collects any colored pawns in this case.

Of course, the sketcher cannot be a guesser here, as he/she knows the word.

The word/phrase continues either till the guessed answer is correct or until all the potential guessers are exhausted.

This completes one round of the game. Now, the roles change. The sketcher now becomes a guesser, and the person to the sketcher’s left becomes the new sketcher. All the players continue to rotate as sketchers and guessers. Meanwhile, everyone has to collect all four different-colored pawns (one each).

To win the game, a player has to collect the Ace-in-the-hole card, kept in the center of the game board. For this, a player has to correctly guess a sketch first. The sketcher then rolls the dice and accordingly moves the white square pawn on the given path. If the pawn comes to a spade space, the player, with all four colored pawns, can collect the Ace-in-the-hole card and thus win the game!

If you don’t have a ready set, you can easily create your own. Or you can try the original TV game show version. This method is called the Team Play.

Target:  Be the first team to get 8 correct guesses of the sketched items.

Instructions for the Team Play Version

If the sketcher’s team gets the word correctly in the given time limit, they score a point.

If the sketcher’s team cannot guess it right in the given time, then the opposing team gets 10 seconds to make one guess.

If the opposing team makes a correct guess, they score one point and begin with a new word/phrase.

If neither of the team can guess the word, the opposing team gets a new word/phrase and starts afresh.

The teams keep on playing alternatively. The team that gets first eight correct guesses, wins the game.

It may sound complex at first, but it becomes easy once you get the hang of it. And in a board game, it’s all about the little tricks you find out as you play it over and over again. Oh, but if it’s your sketches that don’t let you win, it’ll take some time for you to know not just the “where”, but also the “how” to draw a line!