Monopoly Electronic Banking is the ultra-modern edition of the traditional monopoly game. Take a look at the new additions the game has to offer, and also glance through the slightly modified rules and instructions to play this new version of monopoly.

Monopoly Electronic Banking is the ultra-modern edition of the traditional monopoly game. Take a look at the new additions the game has to offer, and also glance through the slightly modified rules and instructions to play this new version of monopoly. 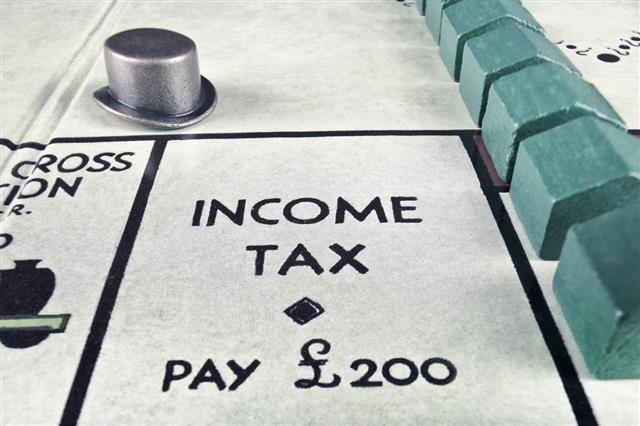 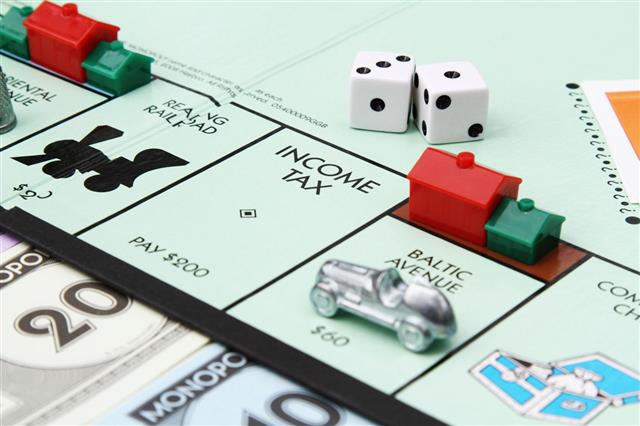 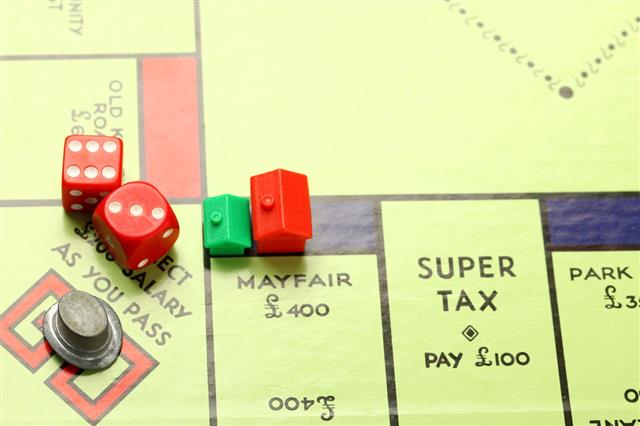 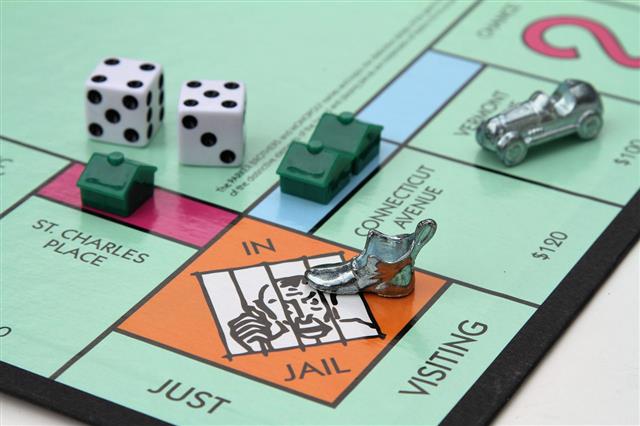 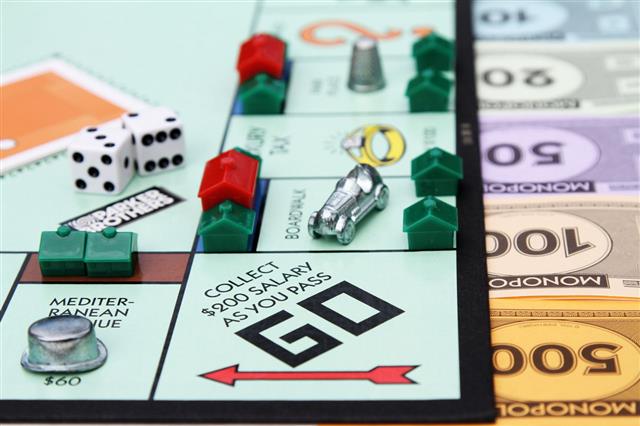 To play a fast game of monopoly, agree upon a definite time to finish the game. The richest player at the end of the decided time wins.

If your familiar with the rules of traditional monopoly, you’ll find this version really easy to play. In case you aren’t familiar with monopoly at all, you’ll need to begin from the basics. Monopoly is a fun-to-play property trading game wherein players try to be the wealthiest by purchasing properties, and taking correct financial decisions.

If the game is about trading, it’s obvious that money is involved. The special feature of this version is that, the money is not in form of paper but is completely electronic. Players transact using fake debit cards instead of paper currency which adds to the fun. The game incorporates things like paying taxes, getting paid, purchasing properties, chance events, creating assets, and a lot more.

As said earlier, the basic rules of the game stay the same. The objective of the game is to be the wealthiest player, or the only player left after the other players have gone bankrupt. 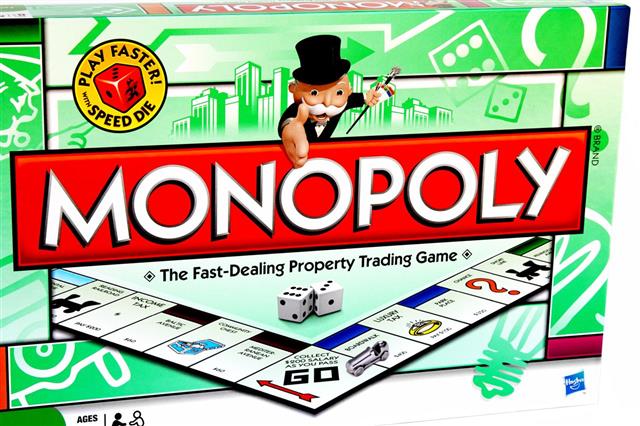 Choose a player to be the banker. This could be achieved by having each player roll the dice; the player with the highest sum on both dice becomes the banker. The job of the banker is to operate the electronic banker unit, handle the title deed cards, construct hotels and houses, and perform auctions of properties.

The electronic banking unit replaces paper money in older versions of the game. This battery-operated unit has a small rectangular display like that of a standard calculator, and can only fit 5 digits. Hence, for larger denominations like 100,000 or 1,000,000, the unit would show 100K or 1M respectively. ‘K’ stands for thousands, and ‘M’ stands for millions.

The machine has separate slots for payments and receipts denoted by a red minus sign and a green plus sign respectively. When beginning play, each player receives a starting amount of $15M or 15 million dollars; the banker should ensure that the unit is reset to the starting sum, and should insert each player’s card to check his/her current balance (The unit can be reset by pressing and holding the ‘C’ button until it sounds a beep).

If the banker has to credit a certain sum to a player’s card, he/she should insert it in the green slot, enter the amount to be credited, and remove the card after checking the updated balance. In case, the banker wishes to credit the players’ salary, he/she can simply do so by inserting the card in the green slot and pressing the button marked with an arrow.

If the banker wishes to deduct a certain sum from a player’s card, he/she should insert in the red slot and enter the amount to be deducted. The banker can remove the card once the payment has been done. 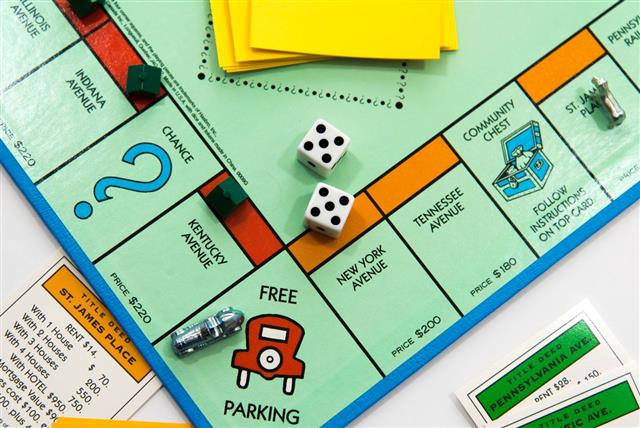 In this case, the player can either buy the property or ask the banker to auction it.

If a player happens to land on an already owned property (by another player), he/she has to pay rent specific to that property to its owner.

If the player lands on any of the tax spaces, he/she has to pay the specified tax to the bank. (The amount is imprinted on the board)

In case a player lands on either of these slots, he/she has to pick a card from the respective piles placed at the center of the board and and comply with instructions written on it. These cards could provide a bonus as well as impose a fine, all of which depends on the player’s luck.

If a player lands on this space, he/she directly goes to jail and doesn’t receive $2M for passing. To get out of jail, you either have to pay a $500K fine, use a ‘get out of jail free’ card, or roll doubles. In case a player fails to roll doubles in three turns, he has to pay the banker $500K before he/she moves the token as per the third dice roll.

In case a player lands on the jail space at random, and without being instructed to do so, he/she isn’t subject to any penalty, and is “Just Visiting.”

There is no penalty for landing on this space, and play continues normally.

Since all transactions in the game are electronic, there are no hassles of maintaining paper notes or losing them. Swipe your card and get going, that’s what monopoly electronic banking is all about. 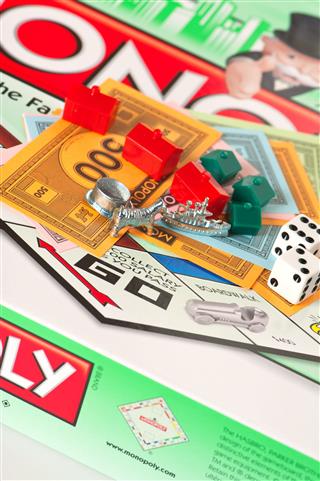 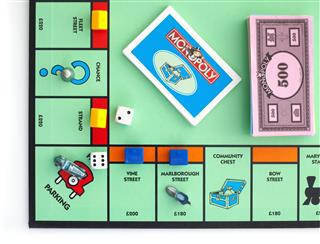 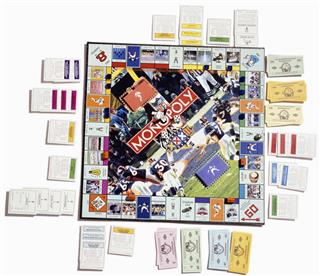 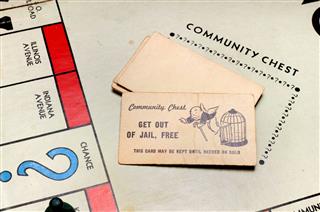