How to Win Chess in JUST 2 Moves: It’s Unbelievable But True

Anyone who has been playing Chess will know that winning a game of Chess in 2 moves (2 moves from each player) is never a serious option - no average player in their right minds will ever fall into such an absurd trap.

Home / Uncategorized / How to Win Chess in JUST 2 Moves: It’s Unbelievable But True 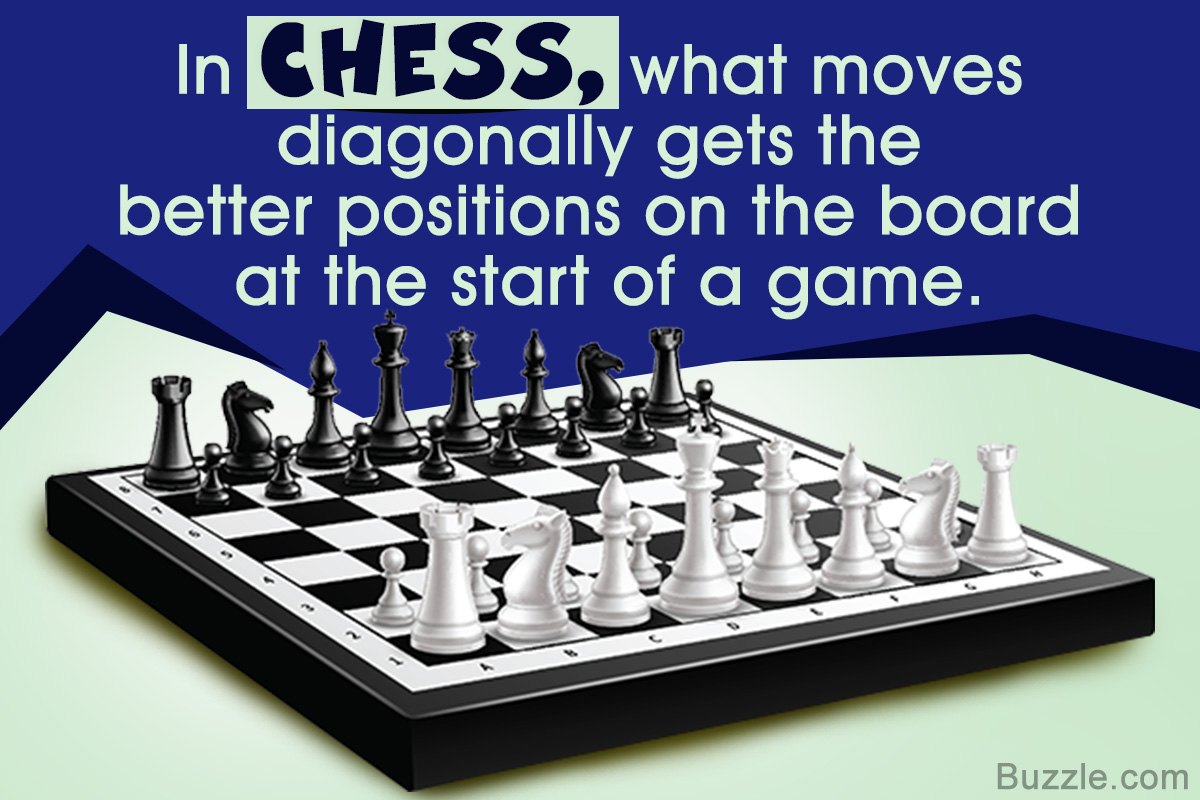 Anyone who has been playing Chess will know that winning a game of Chess in 2 moves (2 moves from each player) is never a serious option – no average player in their right minds will ever fall into such an absurd trap. 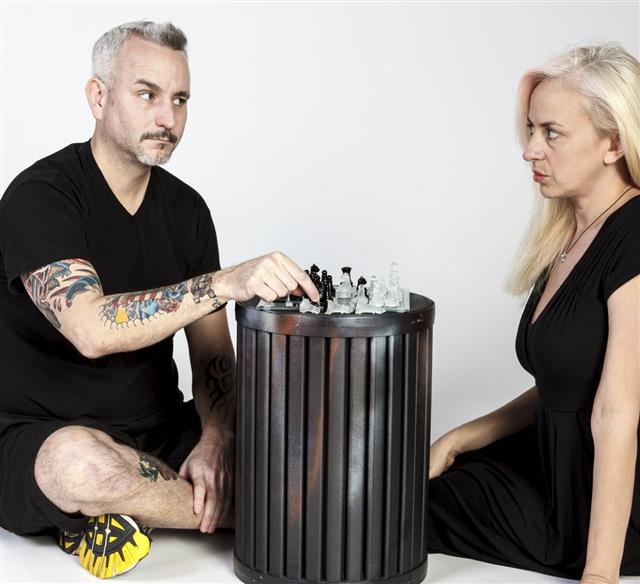 In my experience of chess, I’ve always observed that what moves diagonally gets the better positions on the board at the start of the game. This can be used to defeat your opponent if he/she remains slow to open up or oblivious to your movements. It is this that brings us to the concept of putting a checkmate with the least amount of moves possible, and it has been deduced that the number is two. Which means that with just two of your moves, you can own a game of Chess. This set of moves is also called the “Fool’s Mate”. I should think it’s called so because for pulling it off successfully, you either face someone who has never played the game, or the game you’re playing is fixed. Anyone who has played chess will tell you that it’s foolhardy to expose your White King diagonally on the first moves of the game when your opponent (Black) starts to release the bishop or the queen, or even if you do so, get that open spot at least covered, even if it’s with your Queen. That said, even if the Fool’s Mate is ridiculous, it does indeed exist. I explain how. 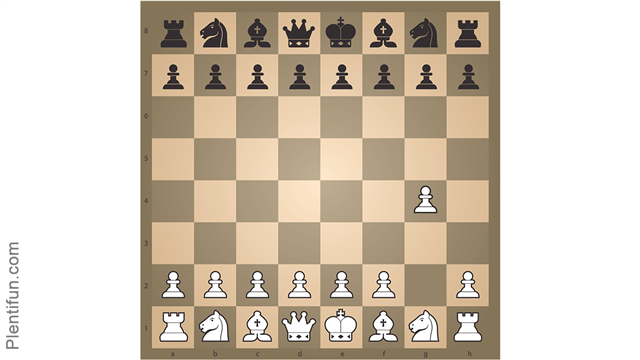 White moves first as per game rules (and in this case, loses). Move the white pawn ahead of the right-hand side knight (according to White’s point of view) by two places. The idea is to diagonally expose your king as soon as possible. 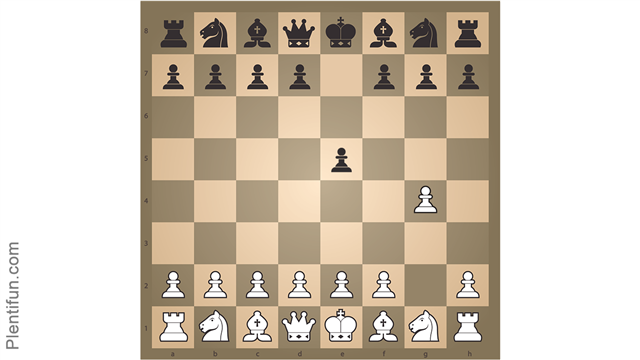 Black follows White and exposes his/her own king, but not diagonally, by moving the pawn ahead of the king forward. Doesn’t matter if you move it by one or two spaces, but if you’re actually thinking of pulling this off in a real game, showing a little aggression to deter White and move two spaces forward might just do the trick. What you’re actually doing is getting your queen free to move towards the left (according to Black’s point of view). This should be where White realizes that his/her next move will decide whether, and where the Black queen moves. But since we are getting to know the Fool’s Mate, White’s next move will be the last. 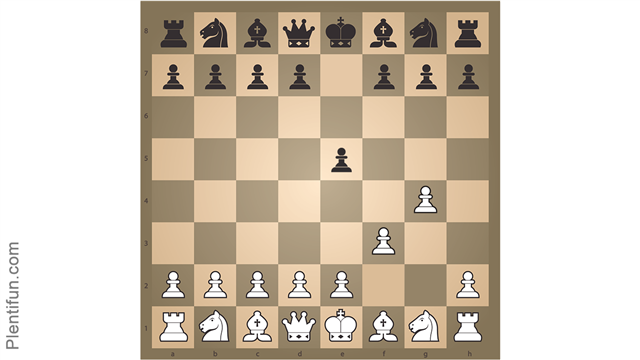 The final nail in White’s coffin, you would have to be a genuine Novice to do this, or under the influence. Moving the pawn ahead of the White bishop by a space or two (will not matter as White loses) totally exposes the White king. 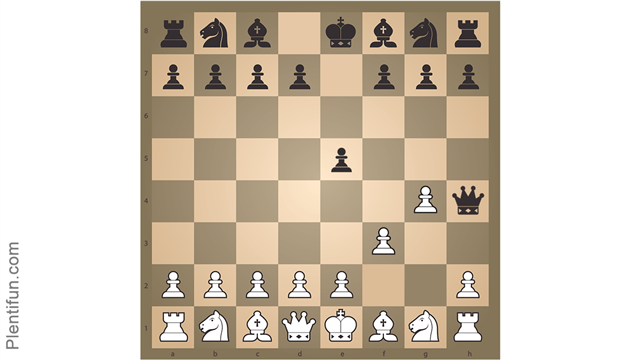 All Black has to do now is move the queen diagonally and check the White king. Notice that the White player has absolutely no piece he/she can use to intercept the Black queen. Neither can White move the king out of the Black queen’s sight. With no logical move to make, White loses due to checkmate.

There’s another set of moves that win you the game in four moves, called ‘the Scholar’s Mate’. It goes-

And there you have it! The Fool’s Mate, like I said, can only be used against a fool. Don’t expect White to retaliate by moving the pawns like this. That said, it sure is fun watching the face of someone who just lost like this!