Amusing Indoor Games That Adults Will Love to Play

If you want to have some real fun at parties, you must try some really cool indoor games. Dumb charades, Taboo, Treasure Hunt, etc., are some of the most common and interesting indoor games for adults.

If you want to have some real fun at parties, you must try some really cool indoor games. Dumb charades, Taboo, Treasure Hunt, etc., are some of the most common and interesting indoor games for adults.

You’re having guests over and you want to show them a good time. Yes of course there will be those great dishes you will have cooked up, all arranged in a four course meal, no less. And the music that you’ll have especially selected to play will be a sure hit, no doubt. But do you really want to know how to ensure that your guests have a great time at your party? The easiest way to make that happen is to arrange for some fun indoor games. Once they start playing these games, you’ll see how they lose their inhibitions and really start to enjoy themselves. Now how do you get them to do that? Just choose from the following list of games that have been provided and let the fun begin.

~ Taboo is a fun-packed game that makes you stay on your toes, think real fast, and tests your mental ability.
~ There are two teams that play against each other. Each member of the team picks a card with a word on it, which he has to convey to his teammates by explaining the concept behind it.
~ While doing so, he cannot use the 4 words that are taboo (can’t use them for describing the main word).
~ These words are the most obvious options that you would use to describe the main word.

~ For example, the main word that you need to convey is ‘basketball’ and the taboo words are ‘sports’, ‘Michael Jordan’, ‘net’, and ‘dunk’.
~ These four words, as you can see, are some of the most obvious words that you would use to describe ‘basketball’. If you use any of the taboo words, you get negative markings.
~ You need to get as many words as you can in a minute.

~ This is a crowd pleaser through and through.
~ The group is divided into teams. A member from each team comes forth and is given a chit with a word on it, say, ‘chocolate cake’.
~ The member has to draw out the word on the board that has been provided. The teammates have to guess the word correctly.
~ The team that guesses the most right, wins.

~ Dumb charades is another interesting game you could play. Here, clues have to be acted out.
~ There can be more variations to the clues given in charades ranging from movie and song names to book names as well. Both these games require one to be quick thinkers.

~ This game is quite simple and can be played by any age group.
~ Make a list of 5 actors and 5 actresses.
~ Give each guest a pen and paper.
~ When all of them have seated, pick a chit and announce the actor or actress.
~ The guests have to make a list of all the movies they can think of, in which the actor/actress had starred, within a time frame.
~ At the end of the game, the person who has the maximum names, wins.

Out of the Hat

~ Make chits of a whole lot of activities. These could be anything from mimicking someone or singing a song to any of the ‘forfeits’ you can think of.
~ You’ll find that this one will be a pleasant surprise and make for some of the most fun games.

~ Murder mysteries can get so intense. With everyone getting involved in solving the mystery and learning to work on the cues, then finding out who the murderer is.
~ Such interactive murder mystery games serve as great ice breaker games for adults.

~ Bring them a casino, and your guests will love this fun indoor game like nothing else.
~ You can even get all the board games for adults, say, Poker, Black Jack, Russian roulette, and more.

~ This is always a hit party game.
~ You hide your final treasure and put in clues all around the house, one clue leads to the next and so on.

Who’s Line is it Anyway?

~ This has some of the most innovative and fun games that you can think of.
~ Try ‘Scenes from a hat’ – put in some really atrocious situations that people have to act out in pairs. For example, you walk in on a friend who is picking his nose.

~ Try the ABC story – you give a group a situation that they need to enact.
~ The twist is that every new sentence has to start with the next alphabet. Like, if the first sentence starts with ‘A’, the next one has to continue with ‘B’, until the whole alphabet line is done. The team that uses the maximum alphabets, wins.

Guaranteed fun. That is what these games ensure. These were some examples of the most popular indoor games for adults that you can use at your parties and instantly turn them into big hits. Try them and see. 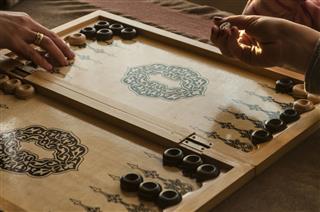 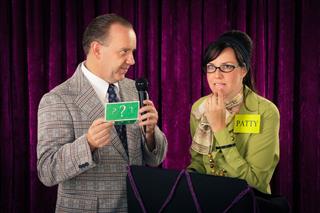 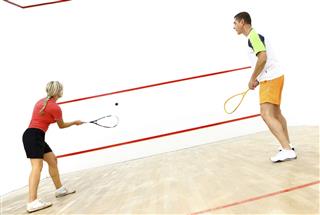