The Battleship board game has entertained us throughout our childhood years. Placing your battleships strategically and guessing your enemy's battleship placements was definitely a fun task. Now, let us take a step forward and look at the electronic version of our favorite board game. This Plentifun article presents Electronic Battleship game instructions for you.

The Battleship board game has entertained us throughout our childhood years. Placing your battleships strategically and guessing your enemy’s battleship placements was definitely a fun task. Now, let us take a step forward and look at the electronic version of our favorite board game. This Plentifun article presents Electronic Battleship game instructions for you. 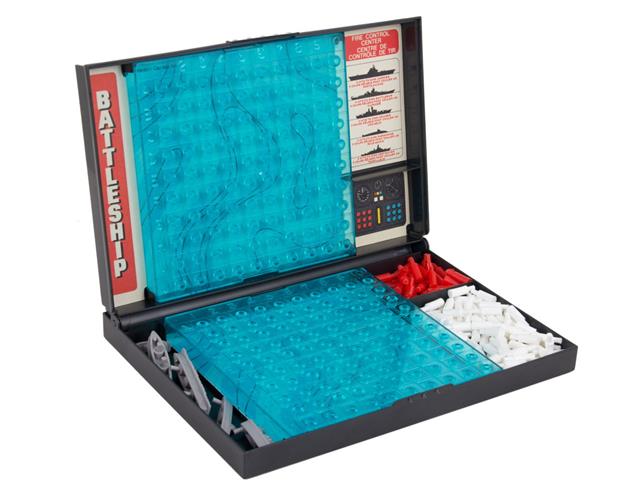 Did You Know?
The guessing game Battleship was known as pencil and paper game during the World War I.

It is said that Battleship, as a pencil and paper game, was based on a French game “L’Attaque”, played at the time of World War I. It is also said to be parallel to E. I. Horseman’s 1890 game “Baslinda”, which Russian officers played before World War I.

Since the beginning, the game’s popularity has been sky high. Even a movie came out in 2012, which was inspired by this game, bearing the same name. However, nothing can measure up to the suspense that the game has in store for players. Let us see how to play the Electronic Battleship game.

► Electronic Battleship game
► An opponent
► And … a superhuman ability to guess the ship’s placements correctly! 😉

1. You and your opponent (if you are playing with a human opponent) will sit across each other.

2. Place the game between both of you, keeping the on/off switch on your or the other player’s side.

3. Turn the switch on to start the game.

5. Next, you have to choose a mission you want to compete in. There are 4 types of missions in the game. Press 1 for Classic Mission, press 2 Salvo Mission, press 3 for Bonus Mission, or press 4 to select the Advanced Mission. The computer will confirm the mission that you have selected.

6. After that, you and your opponent can choose the placements of your ships. Both of you will have a fleet of 5 ships consisting of an aircraft carrier, a battleship, a submarine, a destroyer, and a petrol boat. For the deployment of your ships, you may choose from pre-programmed configurations or customize them.

7. Once both the players enter the position of their fleet, the game begins.

1. The vertical or the upright target grid between the players will show the battlefield where hit or missed ships are marked.

2. On your turn, enter the letter and number on the grid to show the mark where you want to fire. Then, Press Fire/Enter key.

3. During your opponent’s turn, he will follow the same process to sink your ships.

4. In this way, take alternate turns.

5. The game continues till a player sinks all the ships of the other player.

6. Hit all the space that a ship occupies on the board to sink it. You have to successfully cause the sinking of all five enemy ships to win the game.

► Though it is a strategic game, it is mainly based on your guess work. However, a random shot may hardly win you the game. You will need to carefully work through your guesses to locate the opponent’s ships.

► Use different weapons of different ships to attack on the other player’s fleet. Ships are equipped with guns, various missiles, torpedoes, and reconnaissance aircraft as well. Different weapons have different powers and effects that you can use for your benefit.

► Use a sonar scanning system that your submarine has. It helps you scan the enemy waters. The sonar system searches a 9 square area, i.e., 3 rows by 3 columns. However, the scan does not inform you about the exact location of a ship. It will only tell you whether or not the sonar has found something in that area. You will have to guess the ship’s location in that area, which is narrowed down by the sonar search.

► Mark the hit or missed area with appropriate-colored pegs. It will help you keep tab on the areas where you have already fired. Keep the record of hit and missed areas as the computer will record a miss if a missile hits the spot, which has already been hit.