Leadership calls to traverse the road less traveled and emerge as a winner. It can only be learned through experiences, and what better way to master the leadership skills than through the various games and activities played in childhood. Let's just say, we are learning through playing... 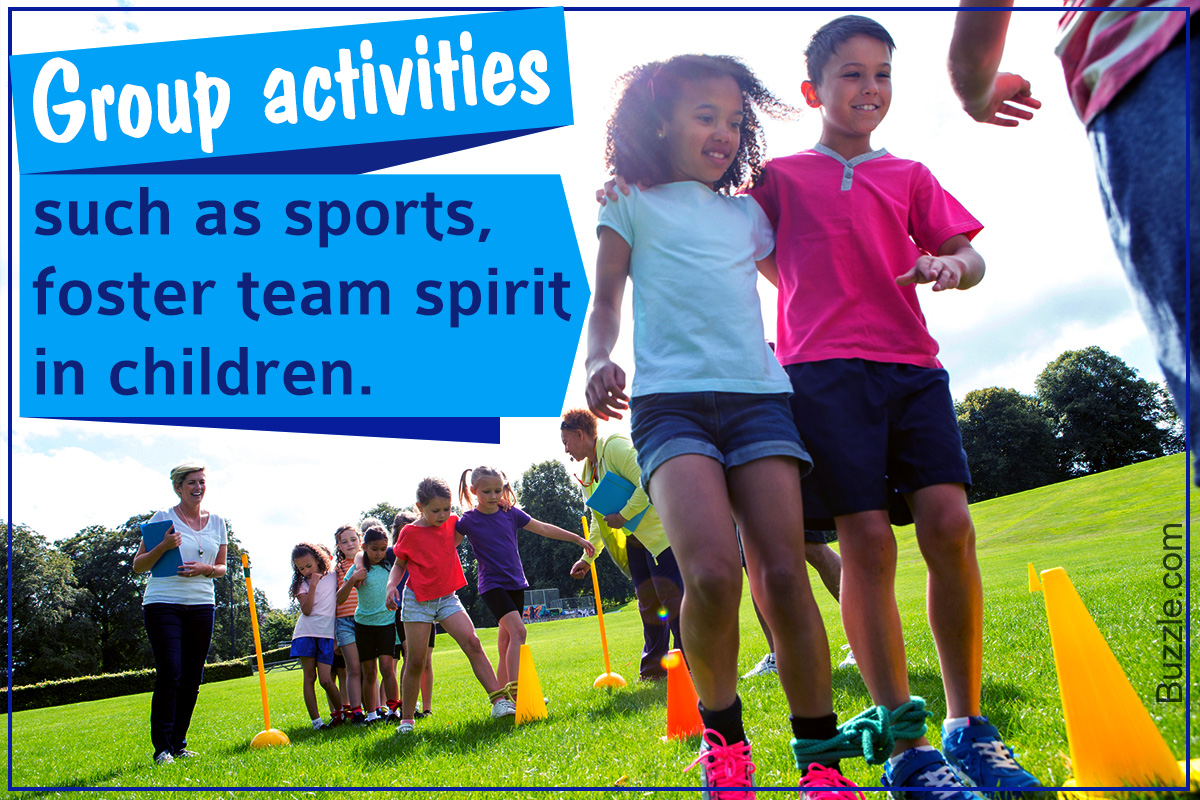 Leadership calls to traverse the road less traveled and emerge as a winner. It can only be learned through experiences, and what better way to master the leadership skills than through the various games and activities played in childhood. Let’s just say, we are learning through playing…

If you thought games were meant to be mere physical activities, it’s time you think again. It is through games that children learn the knickknacks of surviving challenges and the art of cooperation. Besides, it also helps them improve their interpersonal skills and makes them better communicators. It makes visionaries out of ordinary boys and girls thus making them able to lead others around them.

One thing is for sure, leadership qualities cannot be amassed through bookish knowledge. It can only be achieved through ‘doing’. And what better way to imbibe these qualities than to tap into the resources to bring it forth.

Divide the group into two teams. Ask them to select a leader amongst themselves. Each team is given a few items that they have to hide (Team A hides the objects of team B and vice versa). The two teams then set out on a treasure hunt on the basis of the clues given by the opposite team. The leader would have to strategically plan out their course of action to find all the items before the other team.

Those of you who have seen Mean Girls will know what this game is all about. Get the children to form a circle, then one player is made to stand in the center and is asked to fall in any direction he/she chooses. The aim of this game is that the player ought to trust the person standing on either side to break his fall. A variation to this game is asking the children to gently push the player in a new direction. It will help strengthen their faith and trust in each other.

We have all played this game once in our life, and are sure to know the rules of this game. You need to get the group divided into two equal teams, and give them a long rope. The team that is able to pull the other team down first emerges as the winner. You can play this game sans the rope asking the team members to hold the leader who in turn tries to pull the other team.

Pair up into teams of two, and tie the legs of both partners together. Now ask them to run an obstacle race. This requires cooperation and patience, planning, and not to forget great timing. A variant to this race is tying the partners at the hip so that the two players have their backs to each other. This will teach them to trust their partner as well.

Games like basketball, football, baseball require the team to constructively plan their game to emerge as winners. Not every one will be able to strategically plan the game, so a leader should be chosen to avoid chaos. The leader will take decisions and it is up to him to ensure that the members follow the instructions.

This is a perfect activity for family and school picnics. For this activity you need to give each child a flower cut-out. The rule of the game is simple, each tries to hold on to their flower till the end of the game. All through the game they can ask Yes/No questions to one another. The fun part is that the person who answers ‘No’ has to handover their flower to the one who asked them. The person with most flowers at the end of the game emerges as the winner.

You can take your liberties and tweak the games to bring out the best in children. Remember to make it fun and interesting for anything monotonous will make them bored. I’d like to end with a quote by Abdul Kalam who says, “Educationists should build the capacities of the spirit of inquiry, creativity, entrepreneurial and moral leadership among students and become their role model”.