Learn How to Play Marbles in 6 Simple Steps

Marbles is a popular game among children in many parts of the world. Learning how to play marbles is very simple, and is something that even beginners can pick up quickly. All you need is some marbles and a couple of friends.

Home / Uncategorized / Learn How to Play Marbles in 6 Simple Steps

Marbles is a popular game among children in many parts of the world. Learning how to play marbles is very simple, and is something that even beginners can pick up quickly. All you need is some marbles and a couple of friends. 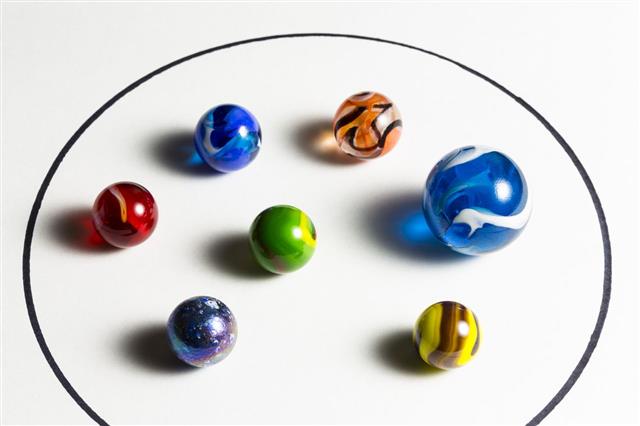 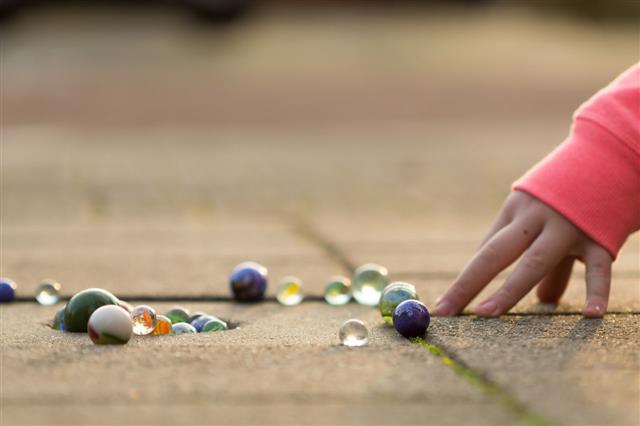 Mib is the Latin name for a marble. A mibster is a marble player, and mibology is the study of marbles.

A marble is a small spherical toy usually made from glass, steel, porcelain, clay, and agate. Marble games were played since 4000 BC in ancient Egypt. The classic game of marbles is termed ‘Ringer’. To play ringer, you need to make sure that you choose a spot which has an even surface. You could always use your backyard or porch. At least 2 players are required to play. An ideal number of 13 mibs are necessary, but you can take more. (Mibs are target marbles). Ensure that you take an odd number, as this would help decide the winner. Determine at the start only whether you will be playing for keepsies, which means the mibs that you win are yours. On the other hand, friendlies means that you get your mibs back at the end of the game. Make sure every player has a taw (Taw is a shooting marble, slightly bigger than the other marbles). You could also buy a unique and fancy taw for yourself. Now that we are done with the basics, let’s move on to understanding the game better.

Setting Up the Game

Draw a circle of around 4 – 5 feet radius on an even surface with a chalk or a piece of coal, making sure its borders are clearly visible. Alternatively, you could also make a circle out of string or ribbon. Draw the pitch line and a parallel lag line both tangent to the circle.

The taw must be held in the crook of the index finger and shot with the thumb knuckle down. Every player shoots the taw from the pitch line to the lag line, as shown in the first illustration. The player whose marble is closest to the lag line starts the game.

Place the mibs in the center of the circle in the way you want to; a cross form is the most popular. On the first turn and every succeeding new turn, a player has to shoot from outside the ring. Each time the taw goes out, the player’s turn ends.

Every player tries to knock the mibs outside the circle. Every mib out increases the score of the player, and earns him a marble.

If a mib is knocked outside and the taw is still in the circle, the player earns a marble and gets another chance to shoot from the taw’s last position.

If a mib is knocked out and the taw goes out as well, the player’s turn ends and he gets the mib.

If a player knocks the other player’s taw outside the ring, two rules are possible.

1) The player who knocks the taw out wins the game and gets all the mibs, including the other player’s taw.
2) The player who knocks out the taw doesn’t get it, but the owner of the taw has to play from outside the ring on his/her next turn, and receives a penalty which could be either missing a turn or one marble less.

The game ends when all the mibs are knocked outside the ring. The player with the most mibs is declared the winner.

There are more than a dozen different marble games that you could try, which include Ring Taw, Dropsies, Bunhole, English Ring Taw, Bull’s Eye, Cherry Pit, etc. Here are a few, which are pretty exciting to play.

Playing marbles is real fun. Try all the games above with your friends and have a great time. You can also indulge in collecting different kinds of marbles as a hobby.

Warning: Marbles are not suitable for children under the age of 3 years. 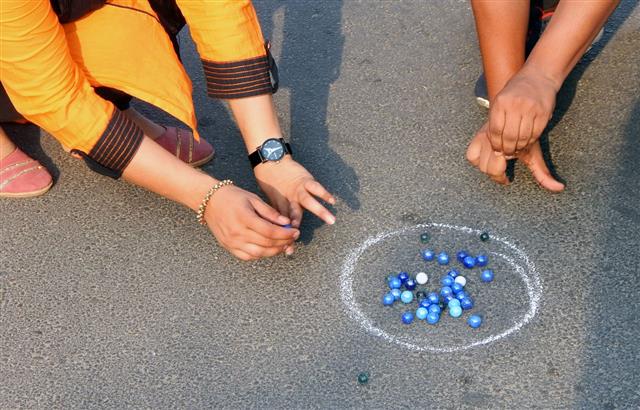