Rules and Hard Phrases to Play the Telephone Game

The Telephone game is a real entertainer for you and your friends or family. You don't need cards, boards, paper, pencil, or any other physical object to play it. The only thing you need to do is include as many people as you can; the more the merrier. Plentifun provides quick instructions to play the game. Take a look! 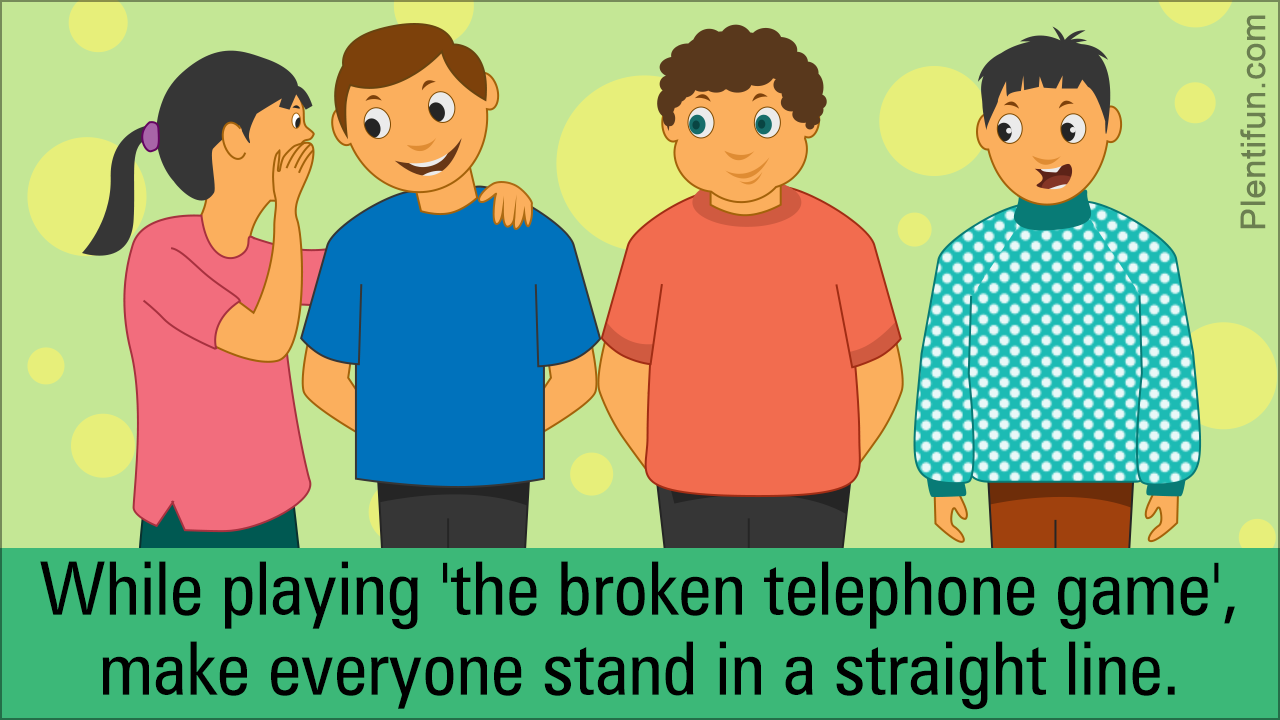 The Telephone game is a real entertainer for you and your friends or family. You don’t need cards, boards, paper, pencil, or any other physical object to play it. The only thing you need to do is include as many people as you can; the more the merrier. Plentifun provides quick instructions to play the game. Take a look!

The Telephone game is popularly referred to as ‘Chinese Whispers’, ‘Broken Telephone’, or ‘Pass the Message’. The term Chinese Whispers has been considered offensive as it denotes sheer confusion and can be misinterpreted as the Chinese language being incomprehensible. This inability of comprehension of a language is also seen in another idiom, ‘It’s all Greek and Latin to me!’.

So let’s be on the safer side and simply call the game Telephone or Broken Telephone. The game is meant for settings involving a lot of people, like parties, or as a fun activity in school. The game pairs really good with kids as they are more likely to make audition errors, which is the sole intent of the game. The object of the game is to pass on a message from one person to the other via several others.

Let’s begin with the Broken Telephone game rules, and then move on to some examples of humorous phrases that can be used to make the game more funny.

How to Play the Broken Telephone Game