Scotland Yard is a highly popular board game meant for 3 or more players who are ideally 8 years old or more. The game requires a good amount of physical and verbal interaction amongst the players, and is a great option to build the analytical skills of young children. Let's have a look at how to play the Scotland Yard board game, and the preparation that is needed for this. 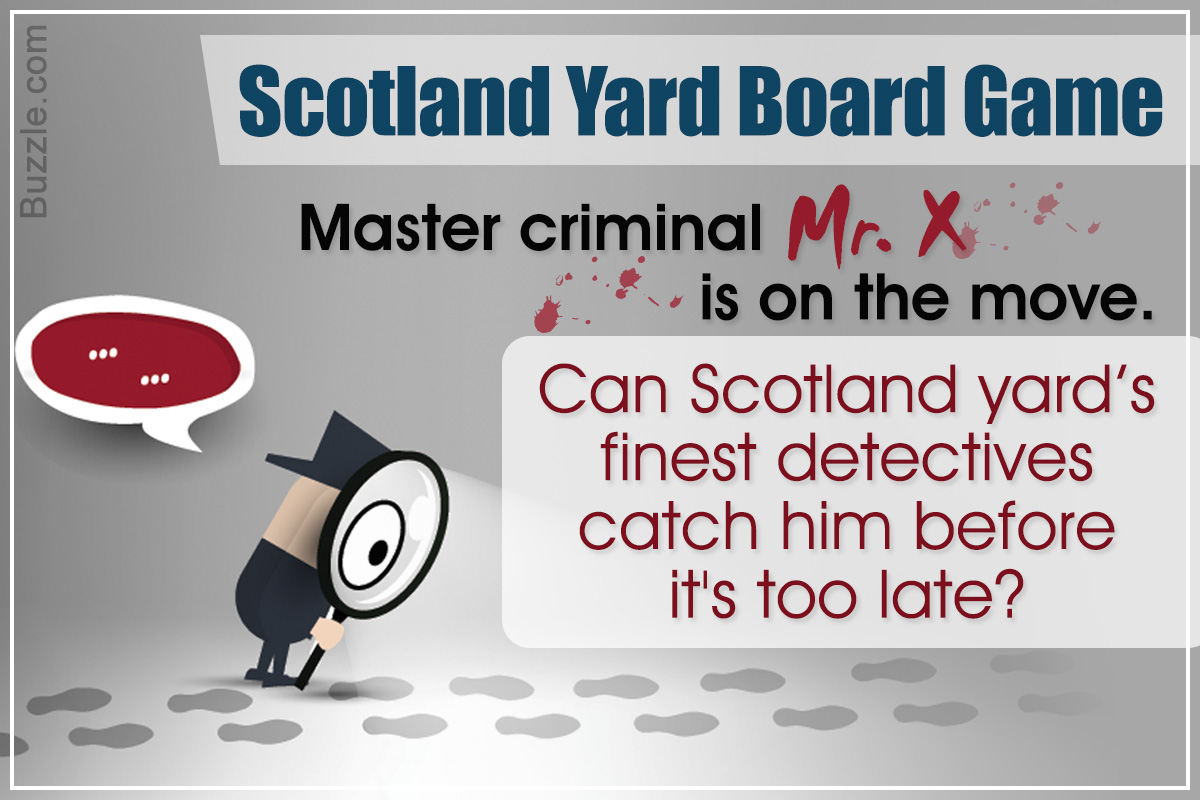 Scotland Yard is a highly popular board game meant for 3 or more players who are ideally 8 years old or more. The game requires a good amount of physical and verbal interaction amongst the players, and is a great option to build the analytical skills of young children. Let’s have a look at how to play the Scotland Yard board game, and the preparation that is needed for this.

Did You Know?
The Scotland Yard board game was created by Ravensburger Spieleverlag GmbH, a German game company, in 1983, and won the prestigious Spiel des Jahres (German Game of the Year) Award in the same year.

Scotland Yard is a pursuit-evasion game which is produced by Ravensburger across Europe, and by Milton Bradley in the United States. In this game, a team of players, as police detectives, attempt to track down a player, as a criminal, on a board representing the map of London. The players must make use of a number of tactics, strategies, and bluffing, to achieve their objectives.

The goal of the detectives is to work as a team to corner and catch Mr. X, by moving to the same spot on the board where Mr. X is currently hiding. Mr. X, on the other hand, has to evade capture until all the detectives run out of their transport tickets and cannot make anymore movements.

Important: Mr. X must not put his colorless player counter on the game board, and must keep his starting position a secret. He must also keep his card concealed from the other players.

Scotland Yard board game rules state that Mr. X always gets the first turn. He is then followed by the detectives in a clockwise order. Each player must give up a travel ticket whenever they make a move. While Mr. X notes his moves in the travel log, the detectives must move their pieces on the board.

Any move by a player should be a trip by bus, taxi, or underground, and each move should be paid for with an appropriate ticket. The different colored lines match the colors of the respective tickets and show the direction of movement depending on the mode of transport used. Every stop may have one or more color signals, depicting the transport options originating or terminating at that spot. Each move must advance to the next station of the selected mode of transport. You are not allowed to jump off on your way to a destination.

Mr. X gets the first turn in every round. He must note down the number of his stop in the travel log, and cover the number with the travel ticket he has used for his turn. This way, the detectives only learn about the mode of transport used, but not the actual location of Mr. X.

After Mr. X, each detective makes their move using a travel ticket, to get to the next stop of the selected mode of transport. All used tickets will be given to Mr. X. He should be able to see the transport tickets of the detectives at all times.

Important: The detectives have a limited number of travel tickets. If a detective uses his/her stock of a particular type of transport ticket, he/she cannot use that mode of transport anymore.

Mr. X has to reveal his position at the 3rd, 8th, 13th, and 18th round of the game. During this move, he has to note down his stop, place his travel ticket on the note, and keep the colorless player counter on the stop he has moved to. This is the detective’s best chance to corner him, as he will again disappear in the next round.

Using Black Tickets: This is an extremely useful trick which Mr. X can use to evade arrest, and is dreaded by all detectives, because they do not know which mode of transport has been chosen by him. Black tickets can be used in place of the other tickets any time during the game. They are valid on all forms of transport, and can even be used to access the river transport system of the Thames, which can’t be used by the detectives.

Double Move: Mr. X can use a double-move ticket at any time of the game to move two stops in a single turn. This move can be used with any combination of travel modes available at the stops. The player must note down the numbers of both stops and place two travel tickets over the notes. In case Mr. X chooses to use the double-move ticket in a round where he has to reveal his position, he must reveal his position only on the first stop, but should conceal the location of the second from the detectives.

The game ends with either of the following scenarios:

Important Points of the Game
Instructions for 3-player Version

In case Mr. X has only 2 opponents to play against, each of these opponents will have 2 detectives to play with. They get 2 player counters each, and double the number of travel tickets divided equally between them. Mr. X will get 4 black tickets. All other rules remain the same.

These were all the rules of the Scotland Yard board game that you need to know and get started. So gather with friends and family, and have a blast.