Unbelievably Easy Card Tricks That Even Beginners Can Perform

Card tricks are a favorite among kids as well as adults. All you need is a curious mind and you can discover many card tricks that will enthrall your audience. Understand the basics and practice a lot to master these.

Card tricks are a favorite among kids as well as adults. All you need is a curious mind and you can discover many card tricks that will enthrall your audience. Understand the basics and practice a lot to master these.

Fancy yourself to be the next David Blaine or Criss Angel and want to show magic tricks with cards? Many people think that card tricks are difficult to learn and execute. But there are some card tricks that are very easy to learn and all they require is a bit of practice to perfect them. By learning some simple card tricks that are suitable for beginners, you can entertain people in parties and get-togethers and be the darling of the crowd. So what are you waiting for? All you need is a deck of playing cards and some simple card tricks and you are ready to start your show.

How to Do Easy Card Tricks for Beginners?

☞ Take a deck of card, and shuffle it thoroughly. You can also ask one of your spectators to do it.

☞ Now hold the deck so that the cards are facing the spectators and the back of the deck is towards you.

☞ Pull out the second card, third card and fourth card from the deck and hold them in a fan formation, and wedge them at the back of the deck.

☞ Allow the top card to remain in place so that the spectators do not know about this extra card.

☞ Assign a number to each card like “one”, “two” and “three” and ask the spectators to remember the card based on the number.

☞ After the spectator are done selecting a card by naming a number, gather the cards on top of the deck and allow the unseen first card to stay on top.

☞ Count the number of spectators who have selected the cards and take that many cards from the top of the deck and push them into the middle of the deck.

☞ Now utter some magic words and display the top card to show the spectator his card that has magically risen to the top.

☞ First prepare the deck of cards by separating it into two decks by color; one black and the other red.

☞ Put one colored deck over the other without shuffling them.

☞ Now before performing before an audience, separate the two decks again and place them in a table over a cloth with their face down.

☞ Ask an audience member to come up and choose a card at random from each pile, memorize them and place them in the opposite pile from which it was selected.

☞ Now ask the person to shuffle each deck separately and then place the two decks together, one over the other.

☞ Now you look through the cards and find the two cards that do not match the color of the cards that are surrounding it.

☞ Voila! You have learned another easy card trick.

☞ Ask a person to think of any number from 1 to 10 and then let him shuffle the deck of cards.

☞ While shuffling the cards, ask the person to count down to the number he has thought of and then remember that particular card.

☞ While the person is counting cards, turn your back towards the person, so that you cannot see the card.

☞ After the person has memorized the card, take the deck from him and place it behind your back.

☞ Count off 19 cards, reversing their order and place them again on 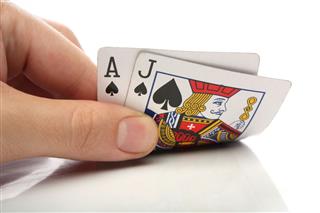 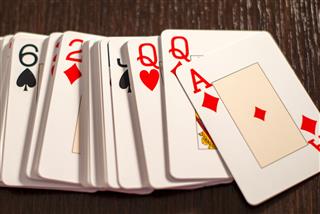 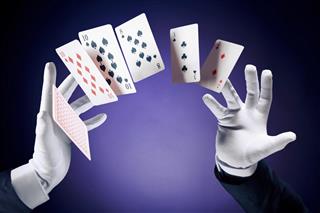 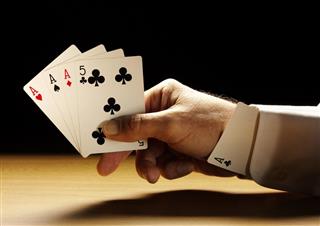 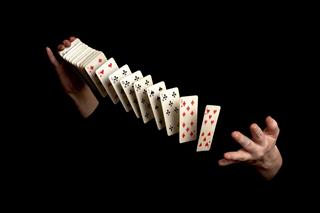 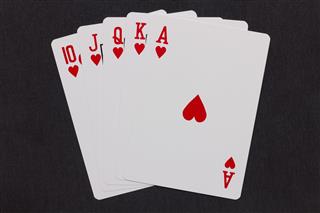