What are the Dimensions of a Foosball Table? Do You Know?

Of the various foosball table variants in production today, one in particular measures 7 meters in length and is meant for 11 participants. Luckily, standard foosball tables don't come with such lofty dimensions which can make buying one for your home a difficult prospect.

Home / Uncategorized / What are the Dimensions of a Foosball Table? Do You Know?

Of the various foosball table variants in production today, one in particular measures 7 meters in length and is meant for 11 participants. Luckily, standard foosball tables don’t come with such lofty dimensions which can make buying one for your home a difficult prospect. 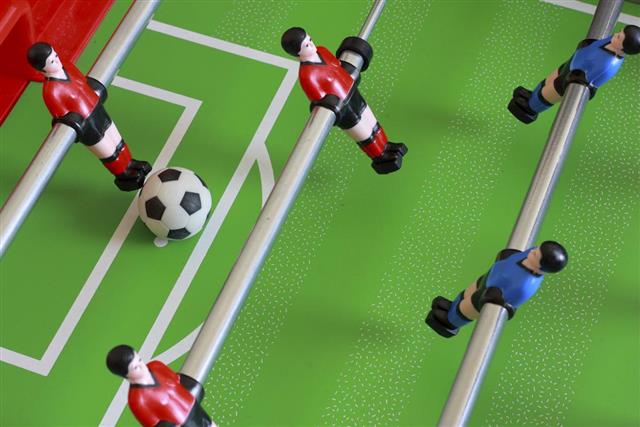 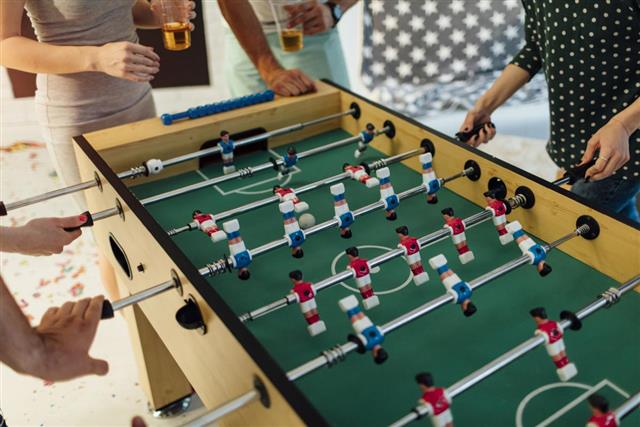 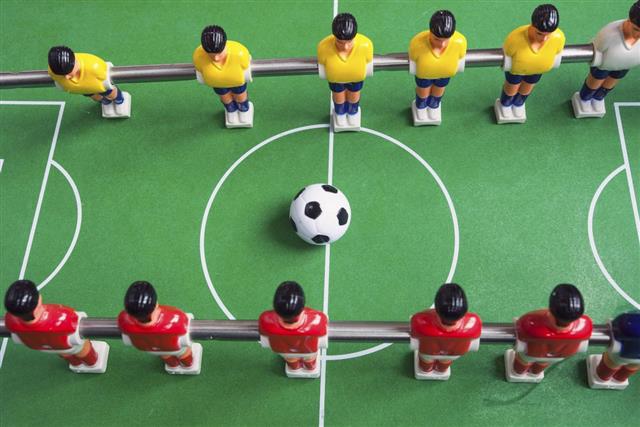 Table football, popularly referred to as foosball, is a table-top game, based on one of the most popular sports in the world―soccer. Since its formation in 2002, the International Table Soccer Federation (ITSF)―the governing body of foosball―has been thriving to make it interesting and popular.

The most important objective of ITSF is to make foosball rules simple, so as to make the game competitive and at the same time, fun to play.

Foosball is generally played between two teams, each having anywhere between 2 – 11 players depending on the size of the table. The objective of the game is similar to that of soccer, wherein goals (points) are scored by guiding the ball into the opponent’s goal. The only difference being that the ball is guided by legs in soccer and by hands in foosball.

A standard foosball table, meant for four players, has 11 foosmen (figures) arranged in a particular formation. The formation may differ from table to table. The foosmen are attached to the rods which are handled by the players. As a player, you are expected to move the rod and guide the foosmen to gain control of the ball and score goals.

When it comes to dimensions, not every table is the same. Though most of these tables are meant for four players, tables meant for eleven players also exist. In fact, the longest foosball table in the world, according to the Guinness World Records, is 101 m (331 ft 4 in) long. It can accommodate 334 participants at a time. As for standard tables, the dimensions approved by the ITSF are given below.

The tables are generally made from a wide variety of wood, with species like Maple, Walnut, and Honey oak being the most popular choices. There exist different types of foosball tables, some of which have sloped corners to avoid the ball getting stuck in no mans land. Similarly, some tables have three goalies to ensure that the ball is always in reach of some or the other foosmen.