What Are The Basic Rules to Play Hopscotch

Hopscotch is one of the most popular games played by children all around the world. In every part of the world, the rules of this game vary. In this article, we'll take a look at some of the most basic rules to play this wonderful game.

Home / Uncategorized / What Are The Basic Rules to Play Hopscotch 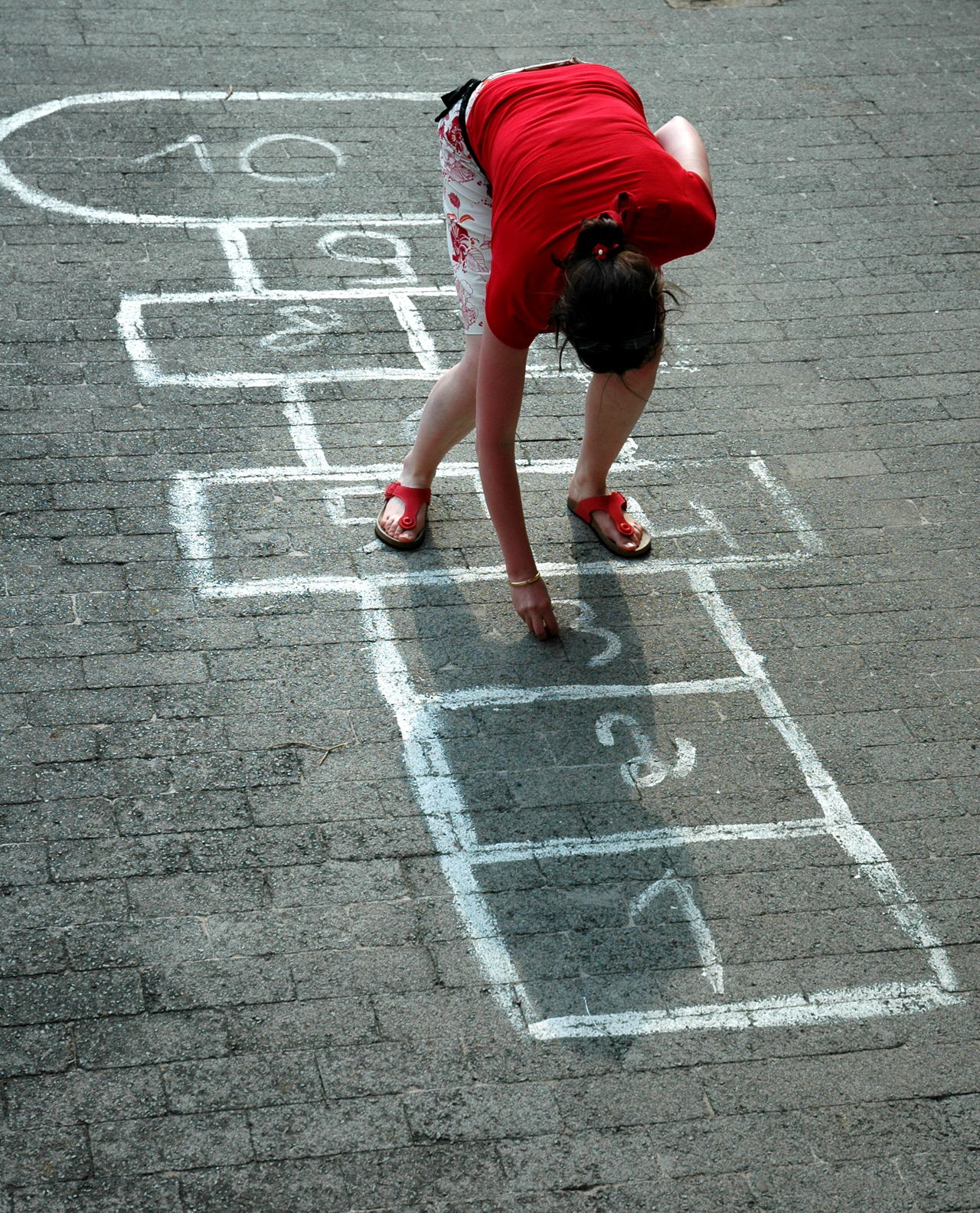 Hopscotch is one of the most popular games played by children all around the world. In every part of the world, the rules of this game vary. In this article, we’ll take a look at some of the most basic rules to play this wonderful game.

The history of Hopscotch can be dated back to 1677. It is a hopping game which can be played on the floor or on a bare patch of ground. To play this game, we need a hopscotch pattern, also called a court. The court can be scratched out in the ground or drawn with a chalk on a floor. The design of the court may vary, but it usually consists of a series of linear squares. These squares are interspersed with blocks of two lateral squares. The blocks may be marked by numbers counting from 1-10 depending upon the number of blocks. The last block is usually marked as ‘Home’ or ‘Safe’, though not always. Children also need a marker, which is usually a puck or a small stone. Once these two things are in place, the game can be started.

☛ The game starts with the player tossing the puck into the first square. The puck shouldn’t touch the boundary of the square or bounce out of it; if it does, the player loses a turn to the next player.

☛ Now, after the puck has been placed in the first square, the player needs to hop over the first square, leaving the puck where it is. According to Hopscotch rules, single blocks must be hoped on using one foot. The player can decide which foot he wants to use.

☛ For side-by-side squares, the player is supposed to use both the legs; the left one for the left square and the right leg for the right one. In this way, the player has to complete the entire sequence.

☛ For instance, if the court has been marked from number 1-9 (with 10 as the ‘Home’), then he must hop till he reaches block 9. He can hop in block 10 in any manner and there would be no penalty as this is considered as neutral square.

☛ Thereafter, the player must turn around and make his way back to where he started. Upon reaching square 2, he has to pick up the puck, hop in the square 1, and come out of the court.

☛ To continue the game, the same player must toss the puck into the block 2 and hop in square 1, and then to three, leaving block 2 and so on.

☛ The first person to complete the sequence for every numbered square on the court is the winner. The player who loses his chance will continue playing from the point where he left the game.

A player loses his chance if he:

Before I conclude, here are some forms of hopscotch which are played across the globe.

These were some of the basic rules of the game. Children usually make their own rules, and you can do the same.