Have you ever seen magicians do magic tricks with mere rubber bands? They aren't really magic, but smart and calculated hand movements, which are very easy to perform. Take a look at some such simple yet astonishing rubber band tricks you too can play on people. 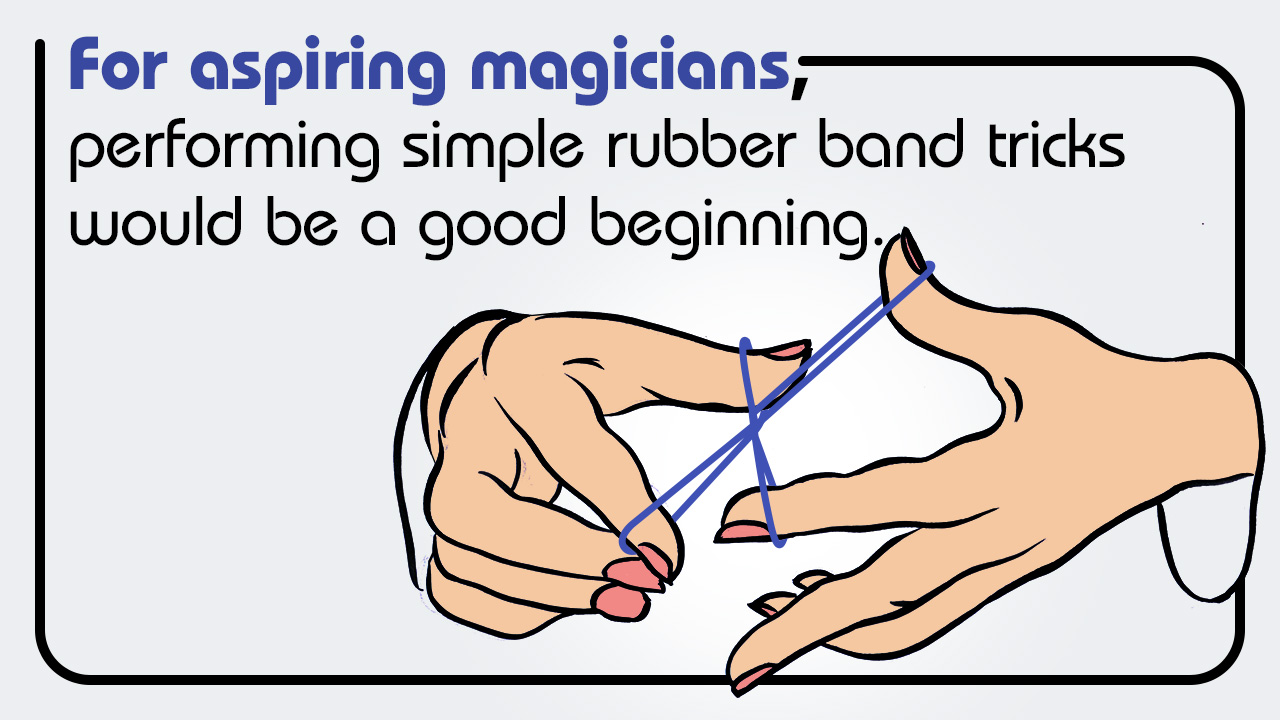 Have you ever seen magicians do magic tricks with mere rubber bands? They aren’t really magic, but smart and calculated hand movements, which are very easy to perform. Take a look at some such simple yet astonishing rubber band tricks you too can play on people. 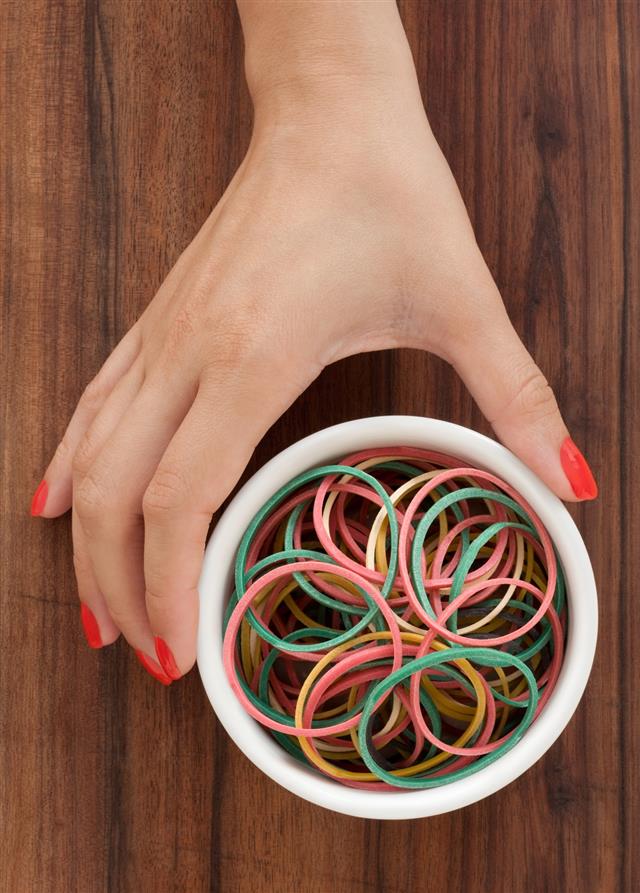 Rubber bands are very basic and easy props which can be used in any magic show. Taking advantage of its elasticity, magicians or anyone who’s proficient can do many rubber band tricks as well. These bands are also very thin and can easily be turned and twisted in a few seconds to fool the human eye, provided it is done with skill. Kids love to watch these as they actually believe in magic, but it can be fun for grown ups too. Given below are some of the very famous and often used tricks which you too can learn in a few short steps to impress your kids.

There are many well-known tricks which are very commonly used by people, some of them are revealed below with a detailed description.

This is the most famous and well-known move which you can learn and teach your kids.

1. To start with, you will need one rubber band of any color.

2. Hold your hands in the natural position and wrap one band around your little and ring finger, and let it rest at the base of your fingers. Your hand’s back should be facing the audience.

3. Now, with the other hand, stretch the elastic and insert the tips of your little, ring finger, your middle finger, and first finger into the loop.

4. Keep them in the loop against the palm of your hand in such a position that it is held with all the four fingers, but in two different ways. The ring and little fingers hold it to their tips and the middle and first hold it by inserting themselves in the loop.

5. Once you’ve made this arrangement, you should be able to simply open or straighten all your fingers and automatically make the band jump into your middle and first fingers. Try this out as many times as you can till you can do it easily.

This one is a little confusing, but can be learned with practice. You need to be very fast and confident while doing this as it can be caught easily.

1. For this one you will need two rubber bands of different colors.

2. Like the first step of the jumping band trick, hold your hands in the natural position with its back facing the audience.

3. Now insert the first band in the little and ring finger so as to place it in the base of the two fingers.

4. With the second band, make a loop around the top of your little finger and twist it back and forth so as to loop it around the tips of your fingers.

5. Keep making the loops in the same manner for all the four fingers till you’ve encased all of them. Make sure you’ve done it correctly by following the above step.

6. At the end of it, you should have the second band looped around the tips of all your four fingers, and the first one, in the same position as it was at the base of your ring and little finger.

7. Put your thumb in the loop and close your wrist to put the first one in the middle and first finger. This is how you can switch the first band from the first position to the second even when the second is entangled in the first four fingers.

These can be great for kids and as they find magic very fascinating, you can show them how easy it is! I hope you learned something new with these and you can also come up with some of your own.