How to Play Solitaire: Rules and Setup

Solitaire is a very interesting and mind-teasing game that can either be played on a computer or with a regular deck of playing cards. Take a quick look at the simple instructions to play Solitaire that's given in this Plentifun write-up.

Home / Uncategorized / How to Play Solitaire: Rules and Setup 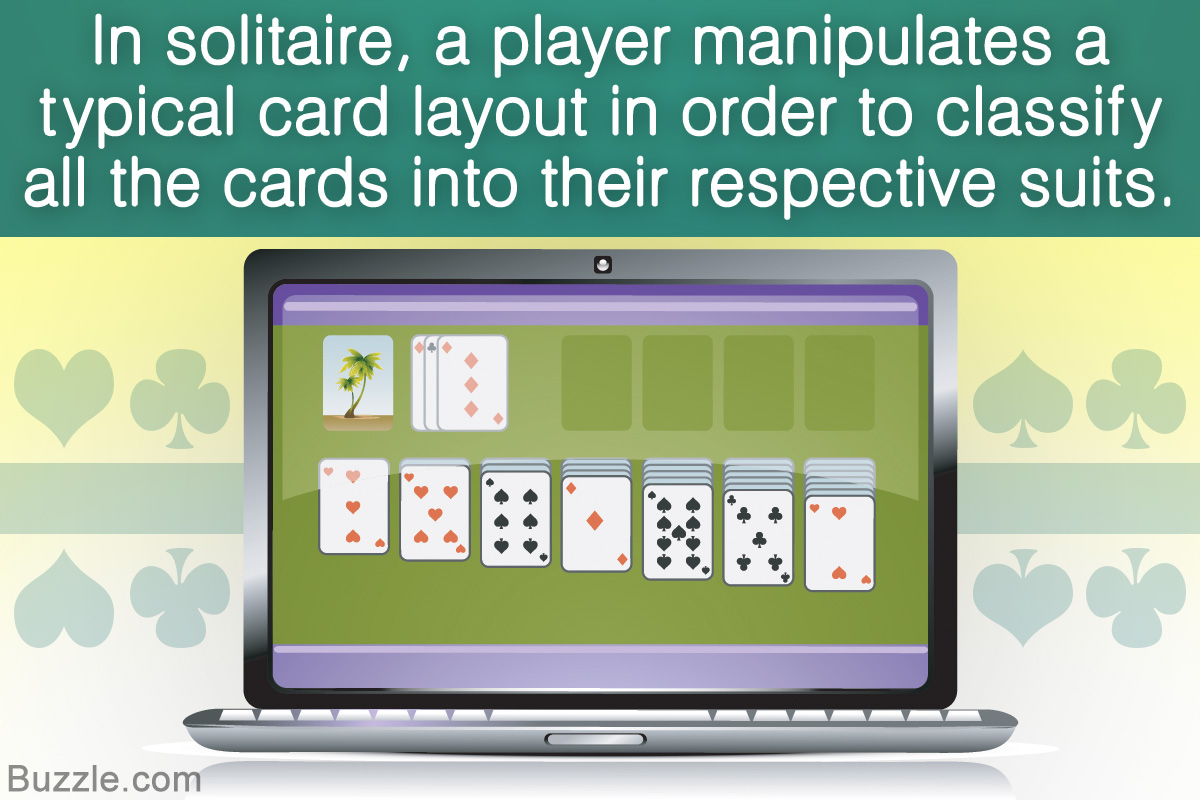 Solitaire is a very interesting and mind-teasing game that can either be played on a computer or with a regular deck of playing cards. Take a quick look at the simple instructions to play Solitaire that’s given in this Plentifun write-up.

In case a pile out of the seven exhausts, the player can begin a new pile by placing a king or another formed pile with a king on that spot.

Klondike or Solitaire requires a player to manipulate a specific card layout in a certain way to sort the cards into the four suits in an ascending order. The game is also called ‘Patience’ as it requires the player to have a really calm and analytical mind to achieve the game objective in the lowest possible time.

Although time is not a mandate in this game, including it makes the game more challenging and tough. If you choose to play a time-based Solitaire, you could go ahead and beat your own previous records. Solitaire is necessarily a single player game and requires a standard deck of 52 cards, a large playing area (like a tabletop), and a stopwatch (if time-based) to play.

Refer to the below-given rules and get started.

How to Play Solitaire

The very first thing you need to do when you are beginning a game in Solitaire is to set up the card layout. 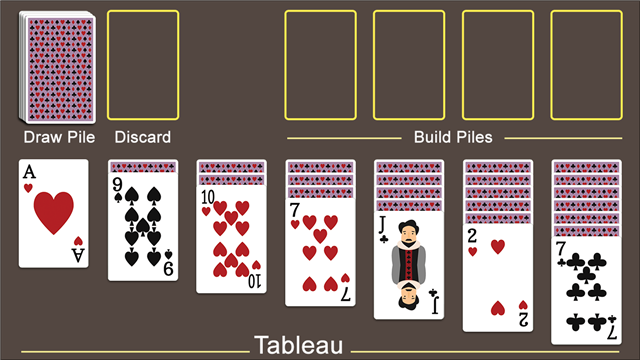 Take the card deck, except the jokers, and start by placing one card face up and six cards face down in a single row. Next, place one face-up card over the first face-down card as shown in the illustration, then go on placing face-down cards over the rest of the piles in the row.

Repeat the same procedure till you have a face-up card on the seventh pile. Place the remaining cards on the left of this arrangement; this would serve as a draw pile. Also, remember to keep some empty space at the top, which would be used to build the four suits. 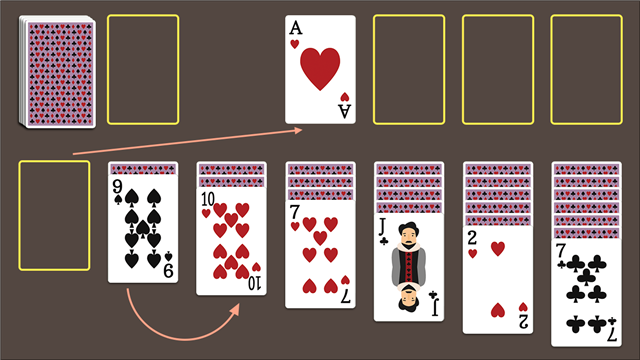 The four suits being in an ascending order would typically begin with an ace; in case a face-up card on the table is an ace of a particular suit, place it at the top. You go on building these four piles by beginning with an ace and adding up the next card of the respective suit.

Now, analyze your tableau (the play area with the seven piles) and look for possible manipulations. You must place a red/black card under a black/red card, respectively, and the card under should necessarily be a rank lower than the card above. For instance, you can place a black nine under a red ten. 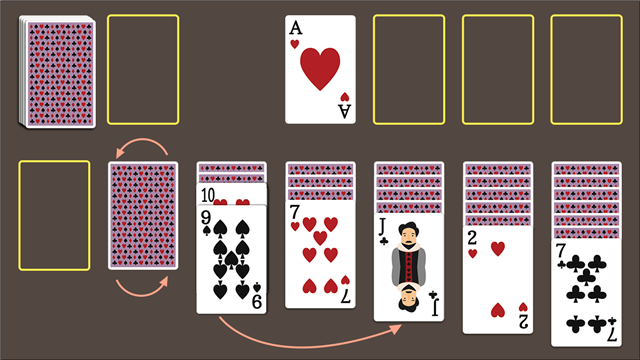 If in case you move a face-up card from one pile to the other, or over any of the four suits, you should flip the face-down card in its position.

Try manipulating the tableau as much as you can by placing cards under each other, or even moving a part of a pile under another one. For instance, if you have a pile starting from a queen and ending on a two, and another one where there’s a king, you can move the former under the latter.

Use the Draw Pile 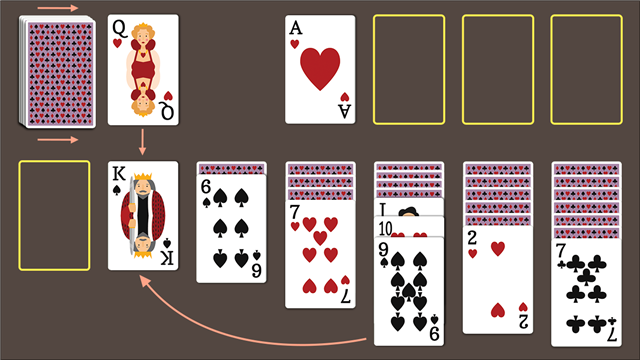 Once you are out of moves, use the draw pile. Draw one card at a time, and see if it can be used on the tableau. If not, draw a second, then a third, and so on till you find a suitable card. Once you exhaust the draw pile, shuffle the discarded cards and begin a new draw pile.

As you go on playing, look for potential cards that would help build a suit, and place them into their respective suit accordingly.

The game ends when you are successful in classifying all the cards into their respective suits.

If you enjoyed playing Solitaire, you could also try the two-player variation of the same that is called Double Solitaire. Solitaire has been very popular since Microsoft launched its virtual version (Microsoft Solitaire). If you’ve got a Windows computer, you could go ahead and play it on your computer itself without the need for a separate card deck. Enjoy!