Here’s Your Chance to Solve the World’s Hardest Riddle

Do you want to try your hand at solving the world's hardest riddle which has stumped Harvard and Stanford graduates? Well here is your chance to solve the hardest riddle in the world. 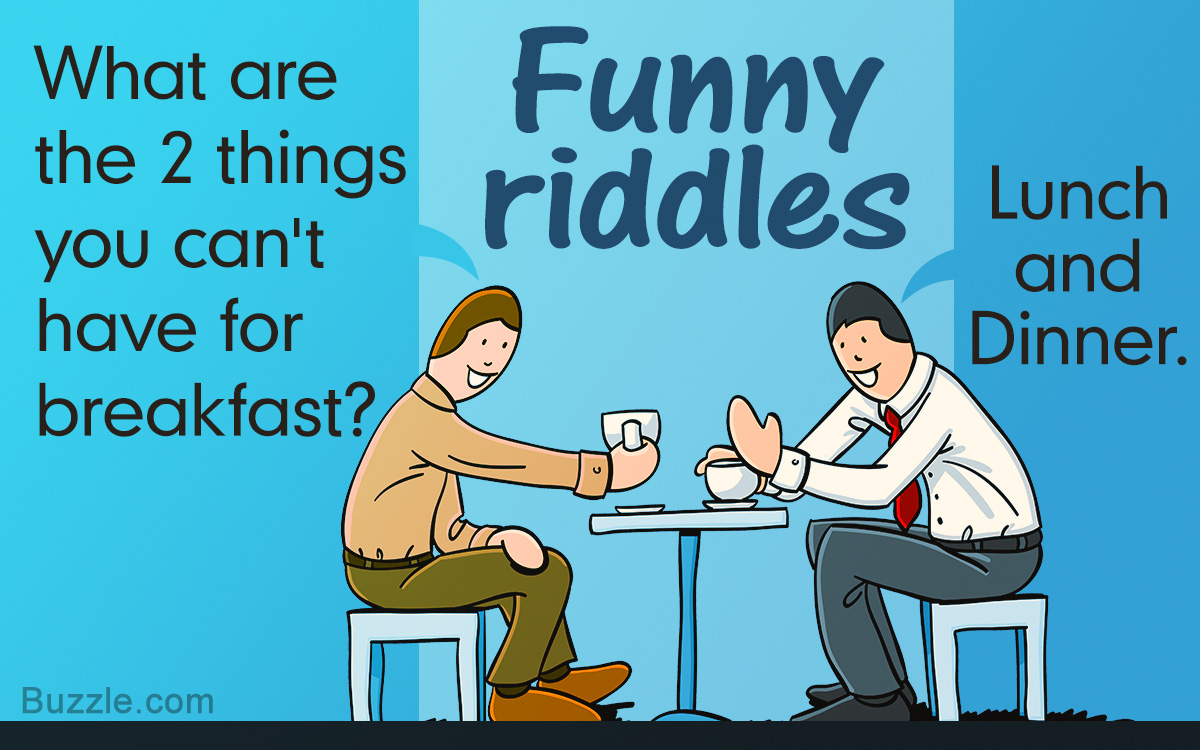 Do you want to try your hand at solving the world’s hardest riddle which has stumped Harvard and Stanford graduates? Well here is your chance to solve the hardest riddle in the world.

If you conduct a survey among a group of people you know to ask them which section of the newspaper they read first, one of the most common answers you will get, is the page with the puzzles and the riddles. It is human tendency to try to find solutions to problems and a daily doze of the puzzles page satiates this need. If you are one of those fanatics who gets a kick out of solving riddles and puzzles, then you would definitely want to read about the hardest riddle in the world.

Hardest Riddle in the World

Most online surveys agree upon the fact that the riddle given below is the most difficult one in the world. And the reason for it being so hard is that the answer is an extremely simple one. Surprisingly with all their superior education, only 3% of Harvard graduates could solve this riddle, while more than 84% of kindergarten students gave the correct answer to the question. There are many people who disagree on the actual answer to this riddle, which is considered to be the hardest riddle ever.

I turn polar bears white
And I will make you cry.
I make guys have to pee
And girls comb their hair.
I make celebrities look stupid
And normal people look like celebrities.
I turn pancakes brown
And make your champagne bubble.
If you squeeze me, I’ll pop.
If you look at me, you’ll pop.
Can you answer this riddle?
Show Answer
Answer: No
Explanation
Explanation: While many people argue that the answer to the riddle is Pressure, the fact of the matter is that the only question that has been asked in the riddle is, can you answer this riddle.

There are some other really hard riddles that have also been steady competitors for the title of the hardest riddle in the world. Some of these riddles have been given below. So put on your thinking caps and put your gray cells to work to answer this hard riddles that will seal your position as a person with brilliant logical skills.

If you look you cannot see me. And if you see me you cannot see anything else. I can make anything you want happen, but later everything goes back to normal. What am I?
Answer
Answer: Imagination
A man is traveling to a town and comes to a fork in the road. If he goes left, he goes to the liars’ village. If he goes right, he then goes to the village of truths – which is where he wants to go. However, he does not know which way is which. He doesn’t have time to go both routes, so he approaches a stranger who is standing in the middle of the fork. The stranger says he may only ask 3 questions and he will answer them. The man asks, “Are you from the village of truths?” The stranger says, “Yes!” However, the man is still facing a dilemma: If the stranger was from the village of truths he can only tell the truth, but if he was from the village of liars, he would say he was from the village of truth. So then he asks the stranger, “Are you telling the truth?” The stranger says, “Yes!” But sadly this leaves the man in the same position as before. Can you figure it out ?
Answer
Answer: The man should ask the stranger the way back to his own village; the stranger from the village of liars will take him to the village of truths and the stranger from the village of truths, will take him to the village of truths.
You are killed in a plane crash and find yourself at 2 doors : one leads to heaven and the other to hell. There is a troll at each door and the trolls are identical in every way. You find instructions posted on the wall behind you: you can ask one question and one question only, and you can only direct it to one of the trolls. One troll will always lie to you regardless of your question, and the other will always tell you the truth. Only the trolls themselves know which will lie and which will be truthful, and that is all you are told. What one question should you ask?
Answer
Answer: Ask which door the other troll would point to if you asked which door leads to heaven. The troll who lies will be forces to point to the door that leads to hell and the honest troll would consider the point of view of the dishonest troll and also point towards the door leading to hell.
If a chicken says, “All Chickens are liars” is the chicken telling the truth?
Answer
Answer:‘A chicken cannot talk’
A man dies of thirst in his own home. How is this possible?
Answer
Answer: His house is a boat in the middle of the sea.
I have a head and tail but no body. What am I?
Answer
Answer: A coin
A woman shoots her husband.
Then she holds him under water for over 5 minutes.
Finally, she hangs him.
But 5 minutes later they both go out together and enjoy a wonderful dinner together.
How can this be?
Answer
Answer: She takes his photograph and develops the negative.
A boy was at a carnival and went to a booth where a man said to the boy, “If I write your exact weight on this piece of paper then you have to give me USD 50, but if I cannot, I will pay you USD 50.” The boy looked around and saw no scale so he agrees, thinking no matter what the guy writes he’ll just say he weighs more or less. In the end the boy ended up paying the man $50. How did the man win the bet?
Answer
Answer: He wrote the words, your exact weight.
The word has seven letters. It preceded God, it is greater than God, is more evil than the devil, poor people have it, rich people need it and if you eat it, you will die. What is it?
Answer
Answer: Nothing
In a street there are five houses, painted five different colors. In each house lives a person of different nationality. These five homeowners each drink a different kind of beverage, smoke different brands of cigar, and keep a different pet. Who owns the fish? Given below are some clues that will help you solve the riddle.
Answer
Answer: The German

This last riddle that is considered widely to be one of the most difficult riddles, has been widely attributed to Einstein and is often known as Einstein’s riddle. Though that attribution is widely debated. Brain teasers forces you to think in an unconventional manner and involves out-of-the-box thinking, exercising your brain, and making it think beyond the obvious. The answer is sometimes right under our nose. It is just our failure to recognize the obvious and complicate the simple that leads us to believe that answers to these riddles are tough to solve.